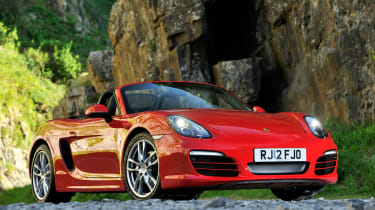 If the aim is to have a sportscar that covers all the bases, little can touch the Boxster. True, a Lotus Exige S might offer a more tautly calibrated driving experience - as, to a degree, does the Boxster’s hard top sibling, the Cayman. There are other competitors with bigger engines wrapped in more glamorous bodywork. And some that will give you more kit and gadgets for the money.  In a sense, the Boxster finds itself in market sector defined by specialist talents. But because the Porsche delivers excellence so generously in all areas, it’s hard to regard the opposition as anything other than compromised.  To drive, the Boxster is up there with the very best, as an ownership proposition, it simply has no peers.

The facelifted 2016 Boxster and Cayman are bound to be special cars but word is they won’t be powered by naturally-aspirated flat-six engines but turbocharged ‘fours’ in the quest for cleaner emissions. So if you love the flat-six, best not hang around. 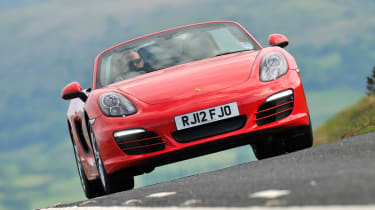 You can see our Porsche Boxster video review below

The Boxster is phenomenally recommendable. It does so much so well with such iron confidence and effortless panache it's almost impossible, as a buyer, not to end up way ahead of the game. On top of which, it’s beautifully built and finished and has an electric hood so slick it makes most of the competition’s look slow and over complicated.

To drive, it’s a car that feels uncannily open and direct with beautifully clean responses, an almost palpable sense of immediacy and wonderful balance. In these respects, even the 911 falls short of the standards the Boxster sets.  Put all-out performance to one side and the Boxster is the best open top car Porsche has ever made.

'The GTS is Porsche’s most focused Boxster this side of the wondrous Spyder. It costs £5844 more than a standard Boxster S and sits at the top of the range. Also, it looks absolutely fan-bloody-tastic – to our eyes, at least.

But why bother with the GTS? Well, you get 325bhp and 273lb ft – making it 14bhp and 8lb ft punchier than the S – and you also get the kudos of the GTS badge. Whether that matters to you is your call, but the GTS does drive and feel like a very special car – more so than the S.' Nick Trott, editor (evo 203).

Performance and 0-60 Time> Both the 2.7-litre and 3.4-litre S love to rev; both also produce a familiar and addictive flat-six tone - a proper sports car soundtrack.

Engine and Gearbox> Before the turbo 'fours' arrive, the current-gen Boxster's flat-six engines provide plenty of top-end power, but lack the mid-range torque of boosted rivals.

Ride and Handling> The Boxster is a cut above similarly priced rivals when it comes to chassis performance. Balance, poise and composure are words that circulate the mid-engined sports car.

MPG and Running Costs> Stop/start is standard across the range and more than 34mpg combined is possible - so the Boxster mixes strong performance with respectable running costs.

Prices, Specs and Rivals> Though its starting price ranks it alongside well specced BMW Z4s and Mercedes SLKs, the Boxster's superior all-round performance makes it easy to justify the premium.

Interior and Tech> Porsche is an expert at ensuring all of its control weights are just right - and the Boxster is another success story. Not the most tech-heavy car in its class, but you couldn't exactly say the cabin was lacking.

Design> Many label the Boxster as Porsche's prettiest car. We'd say it peaks in Spyder guise, but even the most basic of models looks purposefully attractive. 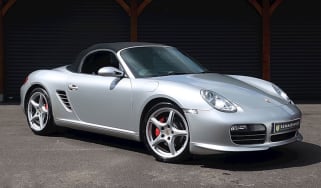 The 987 Boxster is one of the most coveted sports cars of a generation, but can you tell all the variants apart? Get clued up here.
Visit/porsche/718-boxster

Porsche 718 Boxster review - was swapping two cylinders for a turbo a good idea?

Dynamically superior to the previous Boxster, its problems lie in the engine bay.
Visit/porsche/boxster/17792/porsche-718-boxster-review-why-everything-porsche-touches-doesn-t-always-turn 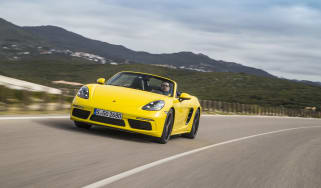 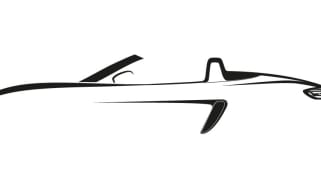 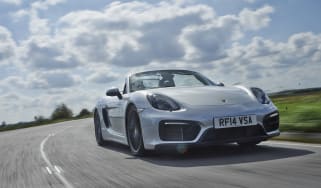 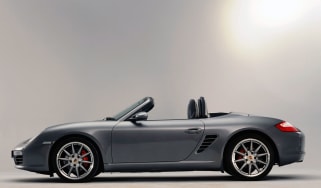 A sales success for 14 years, there are plenty of second-hand Porsche Boxsters to choose from. We tell you how to spot a good one
Visit/porsche/boxster/7175/porsche-boxster-s-sport-suspension-review 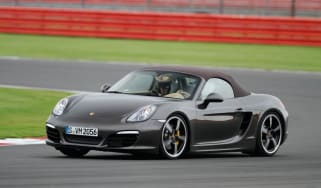 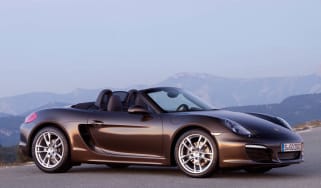 At last! Official pictures of the 2012 Porsche Boxster, the third iteration of the sub-911 sports car
Visit/porsche/boxster/11751/porsche-boxster-e-electric-sports-car 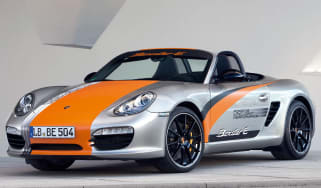 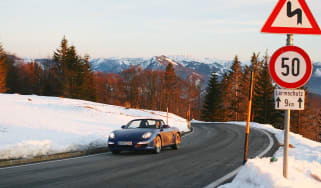 Porsche has a new, more powerful Boxster S. Henry Catchpole takes one to an Austrian hillclimb and retraces the wheeltracks of one of its illustrious …
Visit/porsche/boxster/9766/porsche-boxster-mk3 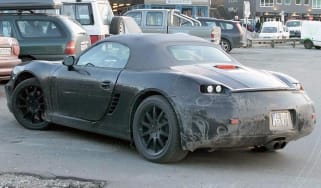 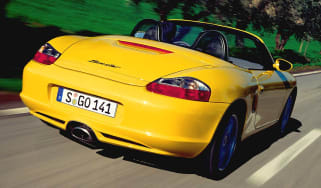 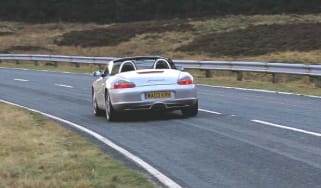 Recently, and in the space of a month, the Boxster's hood failed - three times - and on a long journey home, fourth became the gear of choice. The onl…
Visit/porsche/boxster/7438/new-boxster-raises-game 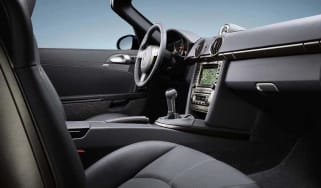