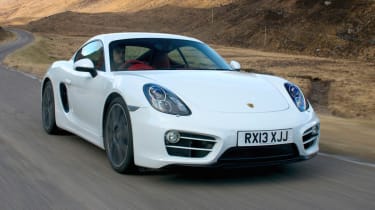 If any car deserves a great road to play on, it’s the Cayman. Initially dismissed by some as an aesthetically challenged Boxster with a tin top and by others as being testosterone-lite, the mid-engined Cayman has evolved into formidable performance coupe and, with the motorsport developed GT4, arguably the most driver-centric car Porsche makes. The GT4 is a triumph - a car that deliberately puts driver enjoyment and engagement above the ruthless pursuit of raw performance.

Even the entry-level 2.7 blends its ample attributes so skilfully, you get in, adjust the seat and steering and drive fast, immediately feeling in synch with the controls and the road. No surprises, no jarring distractions, just an easy flow and rhythm. The Cayman does the GT thing effortlessly, too. That it’s so beautifully built, designed and finished only helps seal probably the best sportscar deal on the market.

If you love the Cayman’s flat-six engine, don’t hang around. The next Cayman and Boxster models due in 2016 are widely tipped to go turbocharged, just as the 911 has, albeit with a forced-induction four-cylinder engine rather than a six, in the quest for cleaner emissions via downsizing. In the meantime, these cars use one of the creamiest and best-sounding engines on sale.

'The Porsche Cayman has finally come of age.  With the 911 pushed unashamedly upmarket, the Cayman has been allowed to mature into a more potent, credible and desirable model in its own right and emerges from the 911’s shadow as a brilliant all-round package that needs no excuses. That it actually eclipses the 991 Carreras for feel, cohesion and enjoyment is something Porsche doesn’t want to hear but all credit to the company for letting its best car spread its wings.'

Engine and gearbox > Peak power is up in the new engine to 271bhp, despite the reduction in engine capacity. The GTS model has 336bhp, and is quicker to 0-62mph than the base 911 when fitted with the dual-clutch PDK gearbox. Read more about the Cayman's engine and gearbox here.

Ride and handling > With a near perfect weight distribution 46/54 front to rear; it makes the Cayman one of the best handling mid-engined sports cars on the market. Grip is impressive but the car is equally as adjustable on the throttle allowing for big slides when required. Read more about the Cayman's ride and handling here.

MPG and running costs > The Cayman is a fairly light car. PDK equipped cars can manage a claimed 36.7mpg and 180g/km, which isn’t bad from a 174mph sports car. Read more about the Cayman's running costs here.

Interior and tech > The Porsche Cayman is a two-seater sports car so it’s not going to be particularly practical. However you may be surprised with a luggage space volume of 275 litres. Standard kit isn’t the most generous but does include sports seats, CD and a touchscreen. Read more about the Cayman's interior and tech here.

Design > Aesthetically, the current Cayman is leaps and bounds ahead of its predecessor. GT4 adds a welcome dose of aggression. Read more about the Cayman's design here. 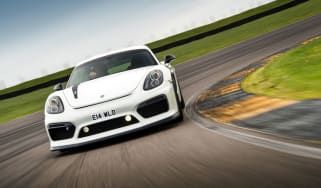 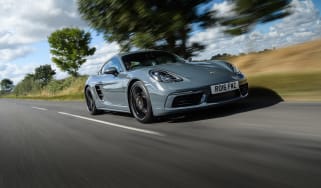 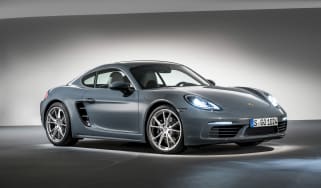 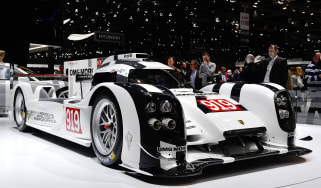 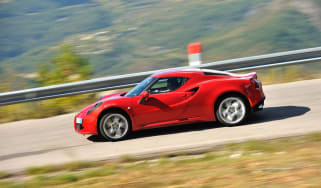 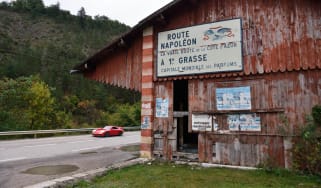 Behind the scenes of our biggest test: evo Car of the Year 2013, in association with Michelin
BMW Z4 M, Porsche Cayman, Nissan 370Z and TVR Tuscan 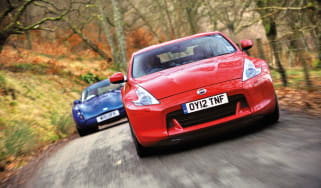 Four of the last decade’s greatest coupes can now be bought for as little as £15,000. A trip to mid-Wales determines which is the biggest bargain
Techart tunes mk2 Porsche Cayman 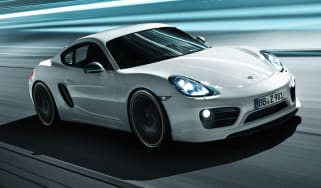 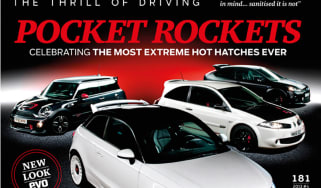 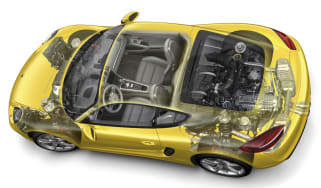 Porsche marks the launch of its second-gen Cayman coupe with a bunch of amazing technical drawings
evo Magazine: March 2013 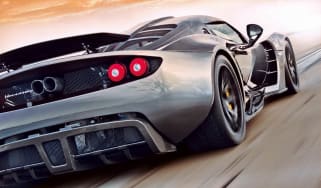 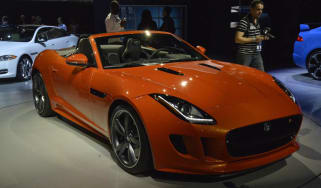 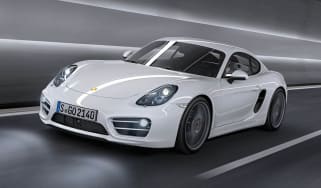 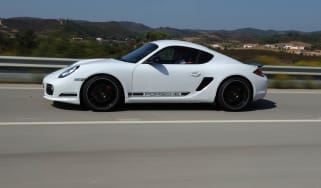 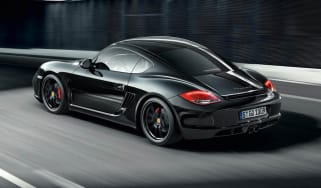 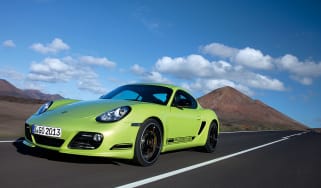 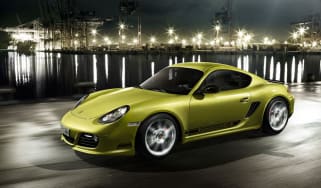 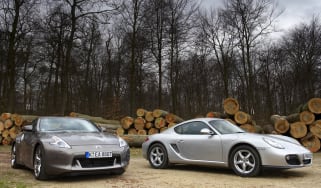 In 370Z form, Nissan’s characterful coupe is now keener and more powerful than ever, but is it enough to worry Porsche’s recently revised and also mor…
Porsche Cayman and Cayman S 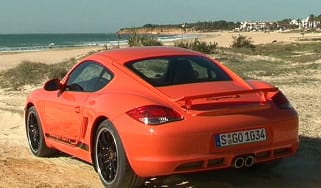 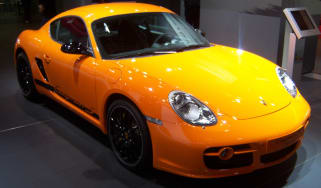 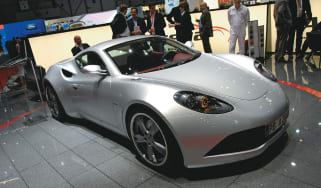 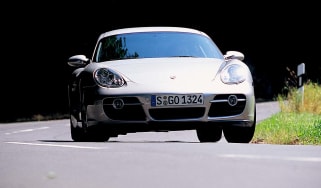 ‘Entry-level’ Cayman is good – but is it good enough?
Load More
Skip to HeaderSkip to Content