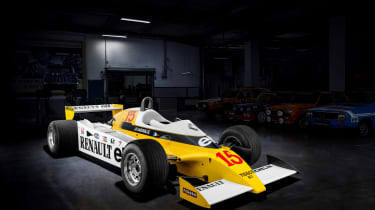 Those with a thing for French cars and engines that go "whoosh" will do well to get along to the Rétromobile show taking place in Paris later this week.

As a celebration of its first F1 victory with the turbocharged RS 10, Renault is displaying a broad selection of cars from the Renault Classic collection – all boosted by turbochargers.

The display will feature both an example of the Grand Prix-winning RS 10, as driven to that first victory by Jean-Pierre Jabouille at the French Grand Prix at Dijon-Prenois that year, as well as an example of its latest turbocharged work, a 2018 Renault Sport Megane Trophy. 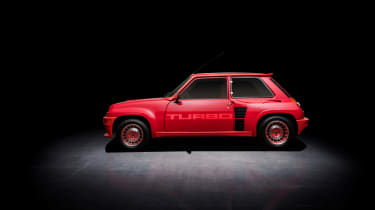 In among them are three turbocharged examples of the Renault 5, including an original mid-engined 5 Turbo (which debuted the year after that maiden victory and claimed four WRC wins between 1981 and 1986), a 1981 example of the 108bhp Renault 5 Alpine Turbo (better known in Britain as the Gordini Turbo), and a Renault 5 GT Turbo from the model’s second generation in 1985.

These, plus the 1983 Fuego Turbo, 1984 Renault 11 Turbo and 1987 Renault 21 Turbo are relatively well known, but some significantly rarer examples of forced-induction Renaults will also be on display.

Probably rarest of all is the 1980 Renault 18 Turbo – the 21’s predecessor, using a 1.6-litre turbocharged 4-cylinder with 108bhp, and relatively sophisticated at the time with a knock sensor and electronic ignition. Renault 9 Turbos too are an uncommon sight even in France, similar under the skin to the 11 Turbo but wrapping its 1.4-litre, 104bhp engine (a 113bhp version followed) in a less distinctive – but dare we say it, now fairly handsome? – saloon body. 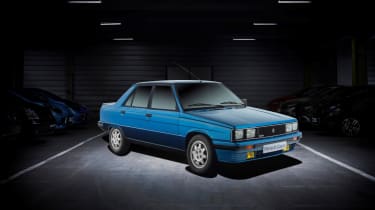 Last but not least of the boosted lineup features not one, but two turbochargers: the 1993 Renault Safrane Biturbo. The 258bhp take on Renault’s 1990s luxury car featured input from Hartge and Irmscher (more commonly associated with BMW and Opel), all-wheel drive, and unusually, a manual gearbox. Rather predictably, it wasn’t a strong seller, which is all the more reason to give it some time at Rétromobile.

There’ll also be an Estafette van at the show – 60 years old in 2019, and while not turbocharged like the rest on display (that we’re aware of, at least…), it will be painted in the 1979 F1 team’s livery.

Rétromobile opens on February 6th at the Porte de Versailles in Paris, and closes its doors on February 10th. Click any of the images above to see a gallery of Renault's turbocharged models.

> 120 years of Renault's history – a dive into the heritage collection