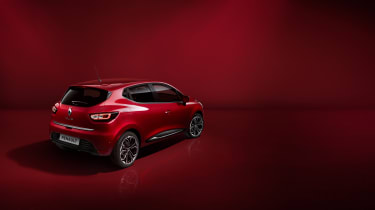 A new look Renault Clio has been launched, bringing with it new powertrain options and added tech. As facelifts go, it's a pretty subtle one, with the exterior changes consisting of an updated grille, back bumper and new LED lights.

New paint options include Mars Red and Titanium grey, while inside, Renault has improved the Clio's tech offering. The new Clio will come with an optional Bose sound system as well as a choice of three versions of the R-Link navigation system. 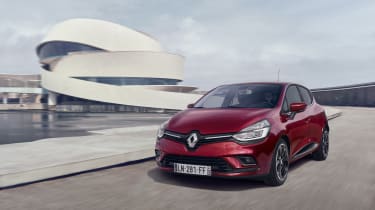 Parking sensors are now fitted all round the car, while a reversing camera has also been added. Certain models also feature handsfree parking, which will allow the car to be parked automatically.

The facelifted Clio will also gain multiple new engine choices. On offer are a 1.5-litre dCi diesel with 108bhp and a 1.2-litre TCe petrol with 118bhp both featuring a six-speed manual gearbox.

Also recently unveiled with that Renault Clio R.S. 16, which features a 271bhp 2-litre four-cylinder engine from the Megane RS. Although it's a concept for the time being, the ultimate Clio could stil make production.