The facelifted Renault Mégane RS is now available for order, but it has lost the six-speed manual in favour of a dual-clutch auto 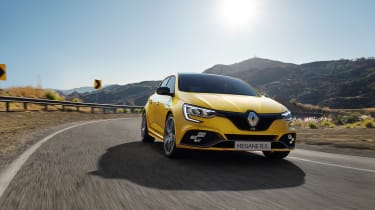 Renault has announced it will drop the six-speed manual transmission from the updated Megane RS range, instead only offering both the standard RS and RS Trophy with a seven-speed dual-clutch both in the UK and across Europe.

As part of its wider mid-cycle update Renault has also consolidated the RS range, now offering just the two models with identical 297bhp power figures. As before, RS models fitted with the dual-clutch do see a subtle 15lb ft torque rise over the now defunct manual, with a new peak of 295lb ft. Other features built into the transmission are a multiple down-shift function, dropping lowest gear possible according to the road speed by holding the left paddle, and a launch control function. 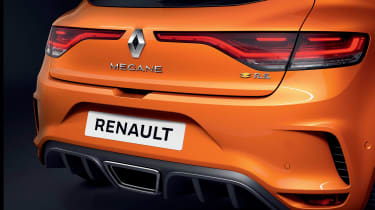 Renault has also dropped the Cup chassis option for the base model, removing the buyer's ability to specify the most aggressive chassis option in a basic trim level, a hallmark of Renault Sport models of the past.

The Cup chassis is instead fitted as standard in the high-spec Trophy, which regains its place at the top of the Mégane RS range now the limited-edition Trophy-R is off-sale. The polarising rear-wheel-steering system stays in place on both models too, rather than diverting away from it as was the case with the Trophy-R. 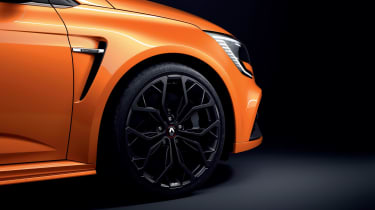 Aesthetically the changes have been kept to a minimum, with a new 19-inch wheel design on the Trophy, and fresh LED lighting elements front and rear keeping the car in line with the remaining model range, which has undergone a more substantial update with new bumpers, wheel designs and colour choices. 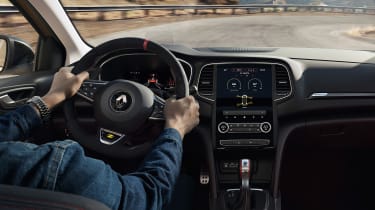 The interior has been through an equally subtle set of physical changes, but does include Renault’s latest infotainment system borrowed from the new Clio, while the screen and physical dial combination of the driver’s display has been replaced with a new 10.2-inch high-resolution screen with more functionality built in.

Both models are available to order now, with the new Mégane RS’s dual-clutch upping the base price of the standard RS to £32,995, rising to £36,995 for the Trophy. Both models are still available with the optional Recaro bucket seats and an Alcantara steering wheel, but if you want your hardcore hot hatchback with three pedals and a stick you’ll need to look elsewhere.