Skoda references its rallying success with latest special edition, but performance fans may be left wanting 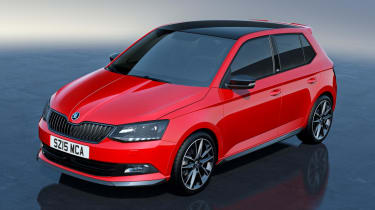 Skoda has introduced a new special edition in the Fabia range, giving a nod to the company’s long history of rallying success with the Monte Carlo nameplate.

Even before the Volkswagen Group era, Skoda had forged its own reputation on the world’s rally stages.

Many remember the firm’s dabble in WRC with the Octavia and later Fabia, but before that Skoda was competitive in F2 with its Felicia Kit Car, and further back with the Favorit, and 130RS.

Today, Skoda Motorsport competes in the WRC’s R5 class. The rally car is based – albeit loosely – on the current Skoda Fabia.

Unfortunately, the Fabia Monte Carlo doesn’t get a 2-litre engine with a six-speed sequential gearbox. Instead, it’s sold with a range of sensible three- and four-cylinder engines that prioritise refinement and economy. 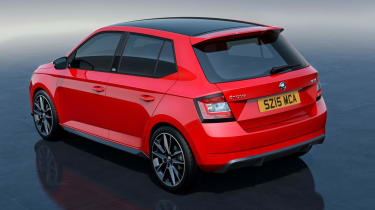 Unfortunately, there’s no Fabia vRS on the horizon – so that’s the hottest a Fabia is likely to get in the short term.

The tradeoff is economy, which barely drops below 60mpg across the range, but diesels are the thriftiest, at up to 78.6mpg in 90PS TDI form.

Order books are already open, with first deliveries set to begin in September. 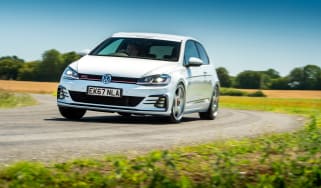