New Toyota Prius review - how does the hybrid hero drive?

The Toyota Prius has always made economical driving a game, and the latest version is improved in other areas, too 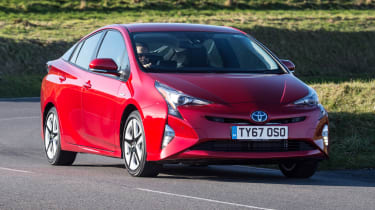 To some, the Prius is the antithesis of the kind of cars we hold dear at evo. In two decades, it’s become synonymous with the industry’s general shift towards fuel efficiency and away from the primal pleasures of loud, thirsty, fuel-guzzling sports cars.

Undoubtedly that’s more a psychological effect than anything else – all Toyota did was build an uncommonly reliable and frugal car that has since become hugely popular. That popularity has also undoubtedly led to the dabblings in hybrid technology by everyone from BMW to McLaren, which in turn has resulted in some truly outstanding cars.

We’re a little late to the boldly-styled fourth-generation Prius, and certainly aren’t expecting it to secure a place in the next evo Car of the year competition, but as a barometer for hybrid technology the world over, where is the Prius currently at? 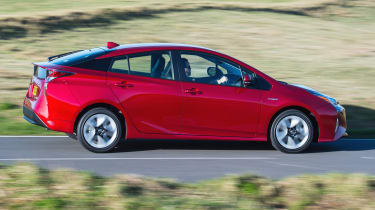 All Priuses use a 1.8-litre, four-cylinder petrol engine running on the Atkinson combustion cycle, combining its efforts with an electric motor through an epicyclic gearbox. The gearset seamlessly blends petrol and electric power and allows either or both power sources to drive the car depending on driving conditions. Or neither – the engine can be shut off and the motor can act as a generator to keep the small 1.3kWh battery pack topped up.

On its own the engine develops 97bhp and the electric motor 71bhp, but due to the different power peaks of each source, quoted combined power is a modest 121bhp. This is bolstered by the strong torque of the electric motor, with 120lb ft on tap to either drive the Prius itself or assist the 105lb ft at 3600rpm of the engine.

Given these outputs it’s perhaps surprising that the Prius is capable of passing 62mph in 10.6sec, though the top speed is a realistic-sounding 112mph. Economy – probably the most pertinent figure for a car wearing the Prius badge – is up to 83.1mpg combined wearing 15-inch wheels, and 78.5mpg with 17-inch alloys. 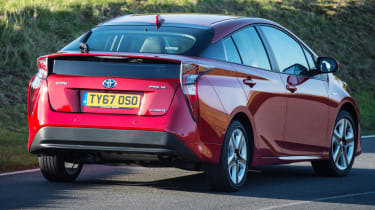 We’ve come to expect hybrids to be fairly hefty. A VW Golf GTE is a 1615kg car, when a DSG-equipped GTD is under 1500kg. At 1375kg then, the Prius is relatively light for a car with batteries and extra motors hidden beneath its skin. The relatively small pack in a Prius is probably not as great a contributor to its weight as the larger pack in plug-ins, though even the plug-in variant of the Prius is less than the GTE at 1530kg.

Without the use of any particularly special materials then Toyota has managed to make a relatively light car. It’s also made an aerodynamic one, with a quoted drag coefficient of 0.24 – one of the lowest in any production vehicle. Suspension comprises struts up front and a multi-link rear, while there are 15 and 17-inch wheel options – the former being most beneficial for economy but perhaps not for roadholding, wrapped in relatively slim and tall 195/65 tyres. 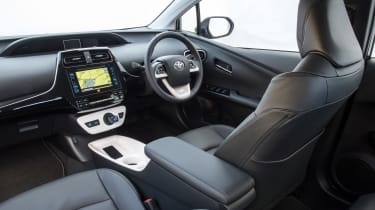 Each generation of Prius has become slightly more ‘normal’ to drive and slightly less compromised by its drivetrain, but those used to the rhythmic rise and fall of a conventional engine’s revs and transmission shifts will still need some time to get used to the seamless way the Prius goes about things.

CVTs are not a natural choice for performance driving, and if you regularly drive with the right-hand pedal against the bulkhead then you’ll be seeing the Prius at its worst, with engine revs soaring and, if not ever becoming particularly loud, not returning a classic engine note as it does so. 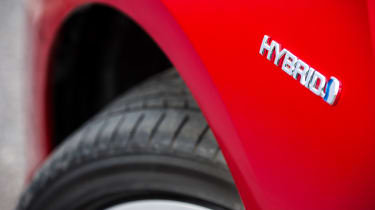 That’s not to say the Prius feels slow, and the TNGA platform rolling out underneath all of Toyota’s recent models feels like a fundamentally good basis for ride and handling. The steering is light but also precise and responsive, there’s more grip than you’d expect for something with so little rolling resistance – our car was on the smaller 15-inch wheels – and while you’re unlikely to indulge in big off-throttle slides as you might in a hot hatch, there’s good balance, too.

The upshot is that you can make the most of what performance the Prius does offer by carrying speed – and in this instance, what’s good for progress is also good for economy. Like many EVs and hybrids we’ve experienced, driving the Prius becomes something of a game – usually, a game of how quickly you can drop other traffic while economy soars into the 70s on the dashboard’s digital display.

Driving the Prius is also profoundly relaxing. Everything operates with economy of movement, the light-coloured sci-fi cabin is more upbeat than the average moodily trimmed C-segment hatch, and the generally low noise levels and supple ride soothe away the miles. It won’t get you out of bed at 4am for a dawn raid, but if you’re forced out of bed at 4am for an early flight there are certainly worse places to be.

An ever greater number of manufacturers are entering the hybrid space once dominated by Toyota. Closest in concept and size are cars like the Hyundai Ioniq Hybrid, Volkswagen Golf GTE and BMW i3, of which the German pair offer the greatest entertainment (relatively – neither is laugh-out-loud fun) but are also the most expensive, nearer to the Prius Plug-In Hybrid further up Toyota’s range.

Those plug-ins cost £30k-plus, but a basic Prius begins at a reasonable £24,115, which is in the same ballpark as a Golf 1.6 TDI in sporty GT trim. A no-brainer for some, but if you find yourself lusting after a Golf with a small diesel engine then a Prius at least deserves a look.