Vauxhall claims the new Astra GTC is closer in spirit to a coupe than a conventional three-door hatchback. We drive the 1.4 Turbo version 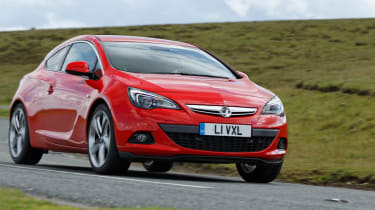 Don’t for a moment think that you’re just looking at a three-door version of the Vauxhall Astra. The GTC is – we’re assured – an aspirational coupe closer in spirit to the VW Scirocco than its dowdy five-door sister. We’ve already driven a pre-production version of the GTC at GM’s Millbrook Proving Ground, but this was our first chance to drive a finished one on UK roads.

Full credit to GM, the GTC is a major bit of re-engineering. Every external panel is different from the five-door hatchback, with only the door handles and roof aerial being carried over.

It gets unique suspension, too – the front suspension gets the clever ‘Hiperstrut’ from the Insignia VXR – a swivelling hub that uses the same mounting points as the more basic McPherson struts of boggo Astras and which is claimed to improve both location and reduce camber change.

Of course, at the back the GTC sticks with the same torsion beam axle as other members of the Astra clan – in contrast with the fully independent set-ups of most rivals. However this is located using the same Watts linkage fitted to the hatch and estate, and the GTC gets firmer spring and damper settings.

We’ve always liked the way the standard Astra five-door drives, and the good news is that the GTC builds on the strong dynamic basis of its sister. When asked to respond to the unique challenges of British B-roads it feels light and agile, with excellent damping, good body control and accurate steering. That said, we’d probably steer clear of the Limited Edition trim level, which includes 20-inch wheels that, while undoubtedly head-turning, bring with them a slightly heavy-footed feel.

The less good news is that the 138bhp 1.4-litre turbocharged petrol engine in the basic version can’t deliver the sort of performance the chassis deserves. It’s an anaemic unit – spinning smoothly, but without any mid-range enthusiasm and with a tight-feeling top end. It’s been tuned to deliver on official economy and CO2 figures of course – 140g/km and 47.1 mpg if you’re interested. But there’s no joy to be found in using it to try and make rapid progress.

We’ve also driven the 197bhp (200 PS) 1.6-litre petrol turbo, the second most powerful Astra after the VXR, and a replacement for the old 178bhp 1.6. It offers 0-62mph in 7.3 seconds, but perhaps because the Astra is now such a large car with an admirably capable chassis, it frequently doesn’t feel as quick as the numbers suggest. But driven at seven- or eight-tenths, it’s a swift, comfortable and composed ground coverer, if not the most thrilling hatchback around. Unsurprisingly, most buyers are expected to opt for one of the four diesel powerplants that will be offered, the most powerful 2-litre coming with a decent 163bhp.

That depends on whether you believe Vauxhall’s reckoning that we should be comparing the GTC to the Scirocco, of course. It’s cheaper than the Volkswagen, but the addition of the Astra badge means it’s going to struggle to be regarded as rivalling the Volkswagen on question of status. The three-door hatchback market has been in long-term retreat – Ford no longer offers a Focus version – and the GTC’s sporty styling does make it an attractive alternative to the remaining alternatives.

Britain is anticipated to be the biggest market for the GTC, with our love of three-door hatchbacks meaning that nearly 40 percent of production will come here. To that end, the chassis settings were developed specifically for UK roads, along with unique-to-us power steering calibration. 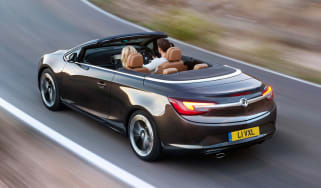 Prices for the new full-sized convertible Vauxhall Cascada will start from £23,995 in the UK
Visit/vauxhall/astra-gtc/7179/2012-vauxhall-astra-ctdi-biturbo-review-and-pictures 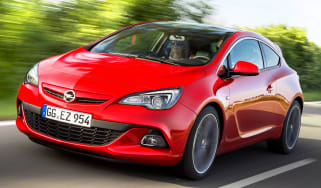 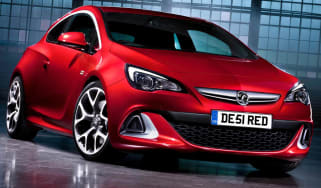 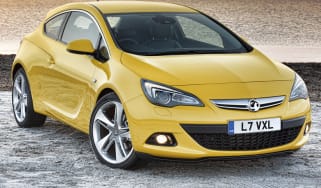