The VXR's little brother packs a solid 5.7-litre punch and handles well. It's great value, too 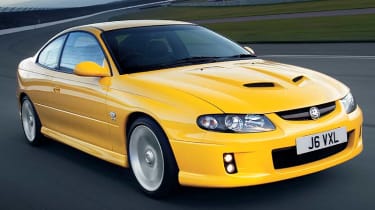 With Vauxhall's marketing offensive tightly focussed on pushing the rorty VXR brand, it would be easy to overlook the regular Monaro V8. Still comparatively new to the UK market, the Monaro's sales history points to the base V8 being the more popular, with around 250 units sold compared with just 50 of the original VXR model. This year, however, Vauxhall is expecting that situation to be reversed, the all-singing 6-litre VXR taking the lion's share of sales. Don't write off the basic Monaro V8 as a soft option though. Powered by the iconic 5.7-litre Chevrolet V8, developing a substantial 347bhp and 369lb ft of torque, the big two-door Vauxhall, ne� Holden, is an imposing machine, despite being shorn of big brother's wings and warpaint. Those snorting bonnet vents (new across the Monaro range) create some rear-view mirror menace and, along with a new set of respectably chunky alloys, endow the entry-level Monaro with a modicum of muscle-car swagger. The Monaro's interior is a cocoon of leather and alloy-look trim. A man-size four-spoke steering wheel dominates your view before your eyes are drawn to a bold set of dials and the 200mph speedo. A pair of auxiliary gauges mounted atop the dashboard add to the subtly sporting ambience. Twist the oversize ignition key and the V8 churns reluctantly before waking with a suitably beefy throb. It's a quiet, civilised engine at idle, perhaps a bit too unassuming for what is, let's face it, a massively over-engined coupe. If you fancy a bit of SL55-style blood and thunder, there is a £995 sports exhaust option, though we can't vouch for its aural quality. Prod the clutch pedal and slot first gear. You're immediately struck by the weight of the gearshift and a feeling of disconnectedness. Shift into second and initial thoughts are confirmed: this Tremec six-speed gearbox feels robust enough to crush rocks but its long throw and obstinate shift quality do little to facilitate snappy use. Prod the throttle and you can, in part, forgive the ponderous 'box - the Monaro has oodles of urge whatever gear you're in. The feel of good old-fashioned cubic inches at work is unfailingly impressive, especially between 2500 and 5000rpm, a band of abundant, elastic response that sends the Monaro surging hungrily up the road. It certainly gives its bigger brother a run for its £7000 premium. It's an encouraging start, but, as with the 6-litre VXR, work the engine harder and although it continues to pull (peak power is at 5600rpm), the mid-range's satisfyingly deep-chested response fades to a more wrung-out feel. It's almost as though the motor's being strangled. That sports exhaust, along with an after-market remap, would certainly be worth investigating, for the Chevy V8 surely has huge potential if you've a mind to tap into it. Like the engine, the chassis is notable not for it's ten-tenths ability but its composure and competence at eight-tenths. You can carry significant pace over all manner of surfaces without expending massive effort, thanks to the big car's tied-down compliance and sure-footed stability. It's the antithesis of an Impreza or Evo, and an equally acquired taste, but there's real satisfaction to be had from pressing on down a fast B-road, making the most of fourth gear's burly reach between the corners, while leaning on the plentiful reserves of grip through the twists and turns. Whether you like the Monaro experience depends on what you're expecting. The spec sheet suggests a brutal, bruising drivers' car: a four-seater with the soul of a TVR. It's not. Nor, in truth, is the full-house 6-litre VXR. If you like a car with a high work- rate you'll find frustration in the compound effect of the soft-edged engine, baulky gearbox and stodgy steering. But if you're attracted to the prospect of an honest, big-hearted, eye-catching and surprisingly able four-seater, the Monaro V8's laid-back delivery, understated appearance and solid performance will surely not disappoint. 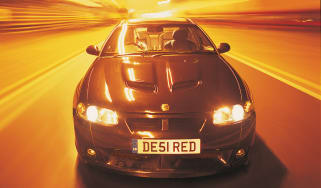 The Monaro VXR 500 claims to be the fastest Vauxhall since the Lotus Carlton. Can it really do 185mph?
Visit/vauxhall/monaro/8407/vauxhall-vxr-maxing-a-vauxhall-monaro-vxr500 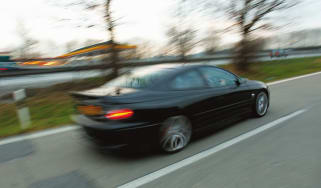 Will the rain ever stop? Will the traffic ever clear? Will it hit 200mph? John Barker goes in search of some answers on the German autobahn
Visit/vauxhall/vxr8 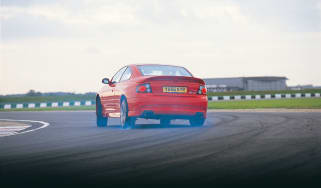 Moral corruption comes in many guises, but none so glorious as this, the supercharged, 493bhp Monaro VXR 500
Visit/vauxhall/monaro/7637/vauxhall-monaro-vxr-60 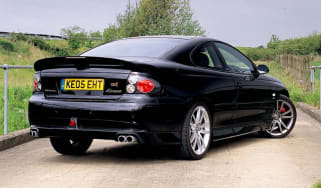 Don't buy a Monaro if you want to join a club. Since our long-termer arrived ten months and almost 15,000 miles ago, I haven't seen another on the roa…
Advertisement
Visit/vauxhall/monaro/7603/vauxhall-monaro-vxr-60 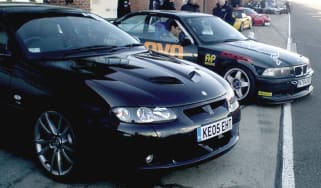 The last evoactive trackday of the year, at Brands in late September, was set to be a super-sliding smokefest. I had cunningly contrived to have a set…
Visit/vauxhall/monaro/7534/vauxhall-monaro-vxr-60 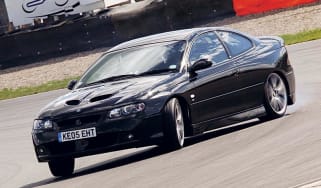 I've really clicked with the Monaro now, two months in. Sustained exclusive use and a trip to Donington Park for the first evoactive trackday of the s…
Visit/vauxhall/monaro/7510/vauxhall-monaro-vxr-60 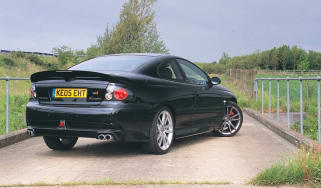 In quieter moments I wonder if it was such a good idea to order the new Monaro VXR in black.
Visit/vauxhall/monaro/6300/vauxhall-monaro 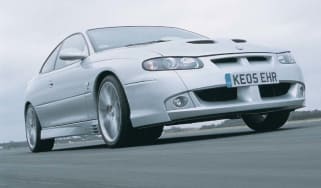 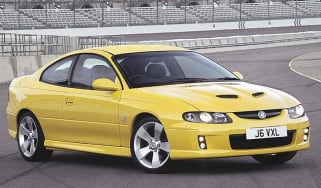 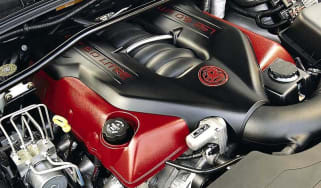 The new Monaro VXR could be the Vauxhall to finally eclipse the iconic Lotus Carlton's top speed when it goes on sale in March. The VXR will have the …
Advertisement
Skip to HeaderSkip to Content