Concept to be unveiled at Worthersee festival in Austria 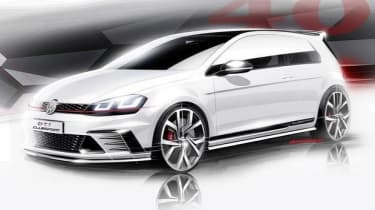 Volkswagen has released details of a brand new more powerful version of the GTI. Dubbed the GTI Club Sport, the car has been put together to mark the 40th anniversary of the GTI marque.

Boasting 261bhp with an overboost function capable of increasing power up to 287bhp for brief periods, the Club Sport sits very much in line performance-wise with the likes of the Seat Leon Cupra and Renaultsport Megane 265.

The now ubiqitous EA888 2-litre turbocharged petrol engine is present albeit with higher output than the standard Golf's 217bhp. 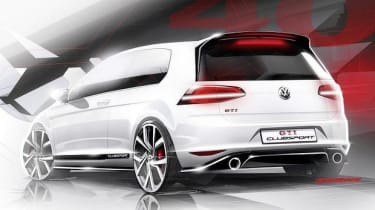 Currently the car exists in concept form, with its unveiling set for the 14th May at the Worthersee festival in Austria .Volkswagen has however confirmed the car for series production in 2016. Pricing is still TBC.

The car will be the most powerful GTI to ever enter production, but still sits below the Golf R in performance terms.

Custom interior tweaks as well as a revised front bumper, side skirts, roof spoiler and rear diffuser will all differentiate the Club Sport from a standard GTI.

We will have more details on the new Club Sport as and when they're confirmed.