Sébastian Ogier’s car just became that much harder to beat 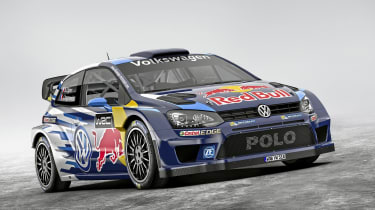 This is Volkswagen’s second generation Polo R WRC car, which will begin its defence of rallying’s highest accolade at Rallye Monte-Carlo on January 22.

With 314bhp, double world champions Sébastian Ogier and co-driver Julien Ingrassia have marginally more power at their disposal than last year from the car’s mighty turbocharged four-cylinder engine. Power is permanently sent to all four wheels through a revised six-speed sequential gearbox operated via paddles on the steering column.

Mechanical differentials at both the front and rear of the car make best use of the Polo R WRC’s 266bhp/ton power-to-weight ratio, and mean the 0-60mph sprint takes just 3.9sec. 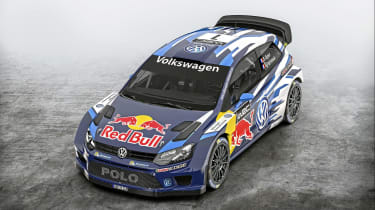 With ten wins at 13 events during its 2013 debut season and 12 wins in 13 events last season, mechanical changes to Volkswagen’s challenger have been sparing.

However, ominously for competitors Citroën, Ford and Hyundai, Volkswagen’s development chief Dr Heinz-Jakob Neusser has said that several innovations to improve the car have been worked on ‘meticulously’, with three-quarters of last year’s components being simplified, lightened or strengthened – sometimes all three.

Even so, the car’s most noticeable modifications are to the livery. Gone is the innocent white colour scheme, replaced by a pugnacious dark-blue graphic, and there’s a yet more belligerent rear wing. 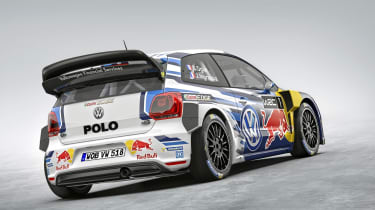 Kris Meeke and Norwegian Mads Østberg should also challenge in their Citroën DS3 WRC cars, while perhaps the closest fight will be with Volkswagen teammate Jari-Matti Latvala, who finished second in 2014.

Meanwhile, here at evo we’re all waiting for Volkswagen to launch a WRC-inspired Polo R road car worthy of the affiliation. How does 280bhp with a rear biased torque-split sound?