Aston Martin Vanquish S review - should you buy one over a DB11?

Aston Martin isn't done with its naturally aspirated V12 just yet, as this 595bhp Vanquish shows 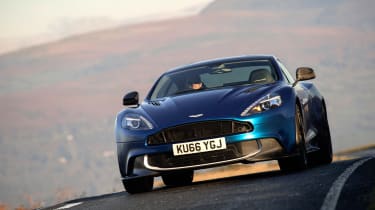 With over 3000 orders already taken and more or less unwavering critical acclaim, the DB11 is proving every inch the game-changer Aston Martin hoped it would be. And every inch a rod for its own back.

A good question to ask would be this: why would I want to buy a £192,995, 568bhp old-school Aston Vanquish when I could have a £154,900, 600bhp DB11, arguably the best GT currently on sale? A certain emotional pull and a last hurrah for that naturally aspirated 6-litre V12 can’t be ruled out but, against its new sibling, the Vanquish… well, it doesn’t. 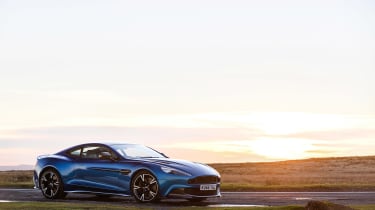 Little surprise, then, that Aston has wasted no time distancing its old best GT from its new one and, adopting the idea that attack is the best form of defence, the elevation of the Vanquish to Vanquish S presses home the point that it’s a ‘super GT’. That is, at least one better than a regular GT (read DB11) if you’re into the best part of £200k for the thrill of driving.

The new Vanquish S costs £199,950. That’s for the coupe you see here. You’ll have to spend a little longer at the cashpoint if you want the drop-top Volante as it’s £211,950. Either way, wringing the last drop of dynamic goodness from the Vanquish to earn the S badge has proved a comprehensive exercise in subtle and not-so-subtle alterations for Aston chief engineer VAE (Vehicle Attribute Engineering) Matt Becker, previously of Lotus. We’ll come to those. 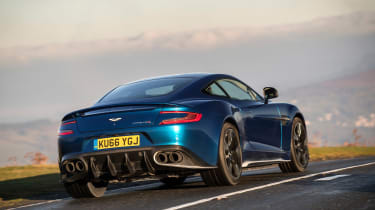 Thanks chiefly to a redesigned and larger intake manifold, peak power is up from 568bhp to 595bhp at 7000rpm, and although there’s the same 465lb ft of torque at the same 5500rpm, more of it is available at lower revs, engineering a little more life into the throttle response at medium revs to complement the harder punch higher up.

In addition, revisions to the Touchtronic III eight-speed auto make it shift faster while being smoother around town. With the launch control engaged, the 0-62mph time of 3.5sec is three-tenths quicker than the regular Vanquish’s and opens up a small but psychologically necessary gap to the 3.9sec of the twin-turbo V12 DB11. Top speed is unchanged at 201mph, again one better than the DB11’s. 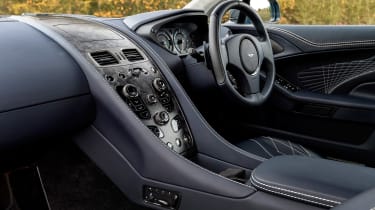 The S gets its own sexed-up sonic signature, too. The technical explanation breaks down to a little louder, more high-frequency content and an extra helping of throatiness – measures once more designed to feed excitement and distinguish the sound of the Vanquish S from the classy but comparatively muted V12 exertions of the turbocharged DB11.

Aero plays an important part in the new model’s dynamic make-up, the aim being to increase grip at the front while maintaining stability at the rear, so improving handling balance without compromising high-speed stability.

A redesigned splitter reduces front lift from 66kg to 18kg at 150mph, Becker explaining that the underside profile is shaped like the leading edge of a wing to accelerate the flow passing beneath the car, while the small ‘winglets’ at the splitter’s corners not only increase downward pressure on the upper surface but guide the airflow past the front wheels, reducing turbulence and drag, resulting in a drop in Cd from 0.372 to 0.369. 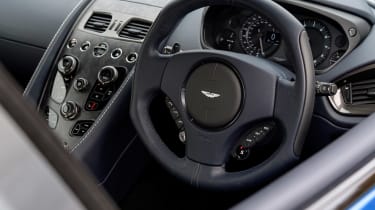 Spring rates are increased by a modest ten per cent front and rear and the dampers re-valved. The rear anti-roll bar is also three per cent stiffer. Tweaked geometry and revised damping software are the only other changes. Becker is adamant that you can have extra response, grip and agility and retain a comfortable ride; the two things aren’t incompatible.

And out in the Shropshire hills on the Welsh border, that proves to be largely the case. But it isn’t the first thing that nails my attention. The Vanquish S sounds sensational: sophisticated and multi-layered but, more importantly, suitably violent and very, very V12. The DB11 seems positively couth by comparison and doesn’t come close to matching this level of drama or intensity. 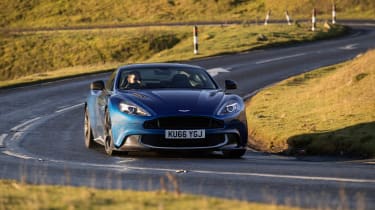 The chassis is equally rewarding, supplementing huge grip with fast responses and acutely executed changes of direction. The steering is well-weighted with fine precision about the straight ahead and reassuring feel on lock, while body control is exemplary, finessed by damping that’s taut yet supple.

The Vanquish S makes no attempt to steamroller rucked and rutted road surfaces into submission but, rather, it tracks the undulations with no wasted body movement and uses its damping to desensitise their impact. It would be a great car in which to attack a big distance, and if it didn’t do it with quite the effortless energy and cosseting charm of the DB11, it would be acceptably comfortable, easy on the nerves and constantly engaging. 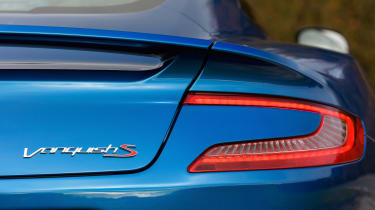 When the road straightens, the collision of bellowing V12 music and sustained surge is as glorious as it is addictive. And when the straight runs out, the rapidly accumulated speed is wiped away by the monster brakes like raindrops from a windscreen.

Old-school Aston? Absolutely. The DB11 may be the better, more rounded, more modern proposition, but the Vanquish S, as Aston intended, is the bigger rush.