The Q5 is the best of Audi’s competent SUV range 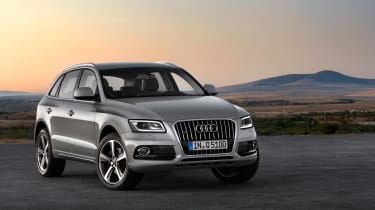 Audi Complete servicing can be had from anything between £18 and £59 per month on the Q5, the prices offering different levels of cover, while the standard three-year/60,000-mile warranty can be extended to either four years/75,000 miles (£535) or five years/90,000 miles (£1255). Clarification here – all these warranties are unlimited mileage for the first two years, with the mileage ceiling kicking in from year three. On a final note, the Q5’s predictably strong residual values should help offset purchase and running costs.