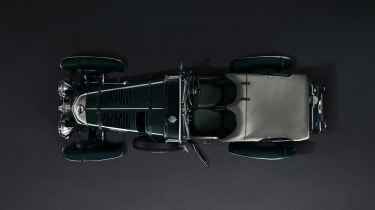 Possibly the most famous Bentley of all time is set to be recreated in a new ‘continuation series’ from Bentley’s Mulliner coachwork division. The 1929 ‘Blower’ Bentley of Sir Tim Birkin is being reverse-engineered for a 12-model production run. The price being quoted for ownership of one of these cars is, unsurprisingly, available on application only.

The ‘Blower’ Bentleys of the 1920s were a quartet of supercharged 4½ Litre models, built by Birkin and campaigned with great success on race circuits around Europe. Now Bentley is offering 12 continuation models based on Tim Birkin’s own Team Car No 2, which raced at Le Mans.

To create the template for the new models, Bentley engineers have disassembled the original car and catalogued the parts using 3D scanning technology. The resulting digital model of will allow new sets of components to be manufactured with the original 1920s moulds and tooling, plus some more modern technology. 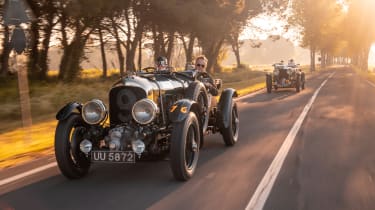 Bentley’s Mulliner division is estimating that a two-year production run will be required to complete all 12 continuation cars, but it’s unlikely that they’ll struggle to find buyers willing to take their place on the waiting list, even at what is sure to be a sobering price point.

The ‘Blower’ Bentley continuation cars are the latest in a whole series of special Bentley products designed to celebrate the brand’s centenary year. We’ve already seen the commemorative Number 9 Edition versions of the Continental GT, also inspired by the Blower Bentleys, sell out.

Read our verdict on the new Bentley Continental GT here. 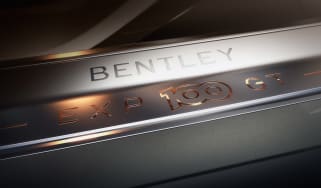