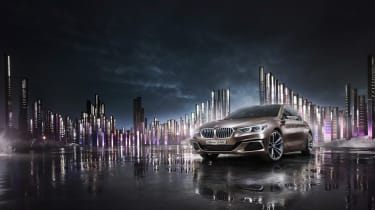 BMW has revealed a new concept saloon designed with the findings of recent Chinese market research in mind. The unique demands of the region have encouraged BMW to shape the new Concept Compact Sedan with a four-door, long-wheelbase body that sacrifices boot space for rear legroom.

We’ve seen a similar shape to this before on BMW products – its 3 Series Compact of the 1990s also featured a truncated boot. But where that car was designed simply to shorten exterior dimensions, this new concept aims to increase space for rear passengers too. 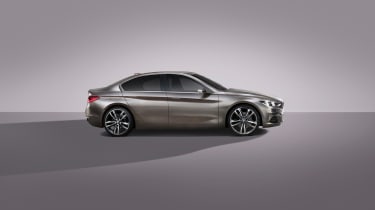 To achieve this, the Concept Compact Sedan’s glasshouse extends back further than normal, allowing the rear passenger bench to be pushed closer to the car’s tail. The results have seen both leg- and headroom increase in the rear – something the Chinese market values highly.

Market demand has also encouraged BMW to equip the concept’s interior with materials usually seen on more premium models. Nappa leather, open-pored wood, brushed aluminium and contrasting stitching can be found across the cabin, and a large panoramic roof stretches across the length of the interior above. 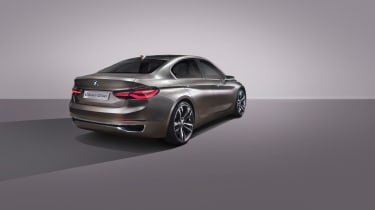 There are several familiar features – an iDrive controller sits on the central tunnel and an infotainment screen pokes out the top of the dash – but overall the design is sleeker than BMW’s current production models.

Though rear passenger space is a focus, BMW says the driver remains priority. Evidence can be found in the dash’s layout – all controls and lines are angled towards the driver, and a head-up display places important travel information directly into their eye-line. 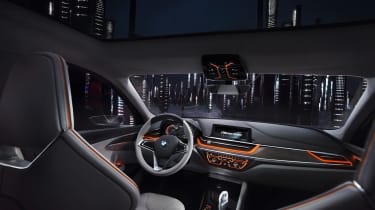 Whether the Concept Compact Sedan ever makes production is yet to be confirmed. But given the production-ready appearance of its interior and exterior, combined with the fact that over 20 per cent of BMW sales are attributed to China, we think there’s a good chance it’ll influence a production model in the near future. Backing this up are claims that BMW has been testing a 1 Series-based saloon with a similar body shape. Could this concept preview that car?

Several carmakers have already created long-wheelbase versions of existing models for the Chinese market, however this new concept is interesting as it represents one of the first times a potential global model from a global manufacturer has been designed with the China’s demands in focus.