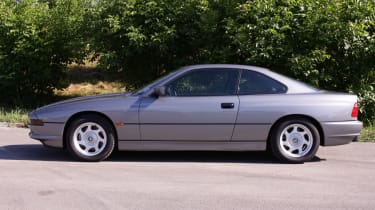 If the dealer description and pictures are anything to go by, this 850i is in immaculate condition. The images show a near spotless engine bay, dirt-free suspension and perfectly preserved paperwork – quashing any doubts as to the accuracy of its odometer. What looks to be blemish-free paintwork also suggests the car has spent much of its life safe from the effects of weathering. 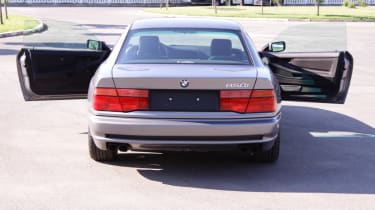 Under the bonnet is a 5-litre V12 engine, which, assuming its internals are as immaculate as the externals, should produce a factory quoted headline figure of 295bhp. And thanks to the fitment of a six-speed manual (which was faster than the slow-changing auto of the time), this 850i should still be good for a claimed 6.1-second 0 to 60 mph sprint time. The car is electronically limited to 155mph; though derestricted 850is have been known to reach 190mph.

Not that this 850i is likely to be pushed that hard. As one of the best-kept examples of the 8 Series in existence, there’s a very good chance it’ll end up in the hands of a collector. 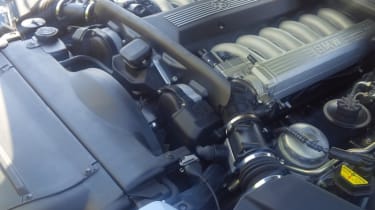 What do you think? Where would your money go – on this or a new Porsche 911 Carrera?