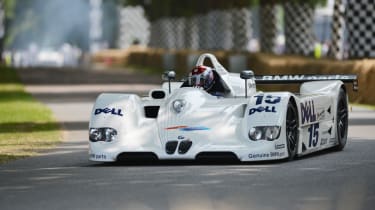 BMW’s centenary will be celebrated at this year’s Goodwood Festival of Speed. The show’s theme will be Full Throttle – The Endless Pursuit of Power, and all the cars that will take to the hill climb out side Goodwood house will embody that spirit.

Every year at the festival, the garden immediately to the front of Goodwood house is taken over by an enormous structure designed by Gerry Judah and dedicated to the marque being honored. This year the statue will celebrate BMW’s 100th anniversary, and will include some of its legendary race cars. The construction will feature BMW’s 328 Mille Miglia Roadster, the Brabham-BMW BT52 turbo F1 car, and the Le Mans-winning BMW V12 LMR.

To celebrate it’s fast road cars BMW will create its own ‘M Avenue’, featuring some of the best M cars of the past 40 or so years. Also expect BMW’s Vision 100 Concept to take prominence on the BMW stand.

BMW won’t just be celebrating with static cars and statues, though. It will be sending some significant BMWs up the hill too. From its past, we’ll see a 1957 507, a 1940 328 Touring Coupe and a 1965 1800 TiSA touring car. To see more about the TiSA, check out our video on Facebook from Goodwood Members’s Meeting here.

The hill climb record for the Goodwood hill is expected to be broken this year too. With BMW as the main focus of the show, we expect it to be a BMW that will try to beat the time Nick Heidfeld set in a McLaren MP4/13 with a time of 0:41.60. 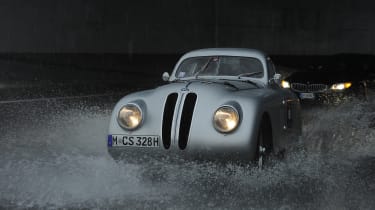 As for new cars, the BMW M4 GTS will make an appearance too. Keep your eyes peeled on evo.co.uk this week for more on this car.

The Festival of Speed will take place from June 23rd to the 26th. If you aren’t lucky enough to be attending, then watch the live stream of the event on evo.co.uk