One of BMW's best 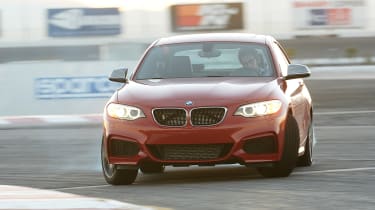 The BMW M235i Coupe is one of the high points of the entire BMW range. It isn’t billed as a full M-car – instead, it’s part of BMW’s new M Performance range, which is intended to be a gateway between the high-performance cars and the standard models. Nonetheless, the M235i is a compelling mix of dynamic ability, performance and affordability, with the styling to go with it. The chassis is agile and well balanced, with all the rear-wheel drive adjustability that you’d expect of a performance BMW. The turbocharged in-line six-cylinder engine is strong and responsive, while both gearbox options – six-speed manual and eight-speed torque converter auto – work effectively and suit the car well

By the time a few boxes have been ticked on the options list the price of an M235i creeps up to £40,000, which puts it in direct competition with the brilliant Porsche Cayman. The BMW might lack that car’s outright dynamic brilliance, but it does offer the extra practicality of rear seats. The Convertible version may hold a certain appeal, but with much more weight to shift and a more flexible body shell it’s also significantly less enjoyable to drive on the limit.

The most enthusiastic drivers should consider specifying the optional limited-slip differential. It may add around £1500, but the gain in traction and adjustability under power make it worth the money.

The automatic gearbox (£1685) works cleanly and quickly, but we’d save a chunk of cash and stick with the manual, which is just more satisfying in a sporting car like the M235i.

> For an in-depth review of the BMW 2 series, check out our sister site Carbuyer 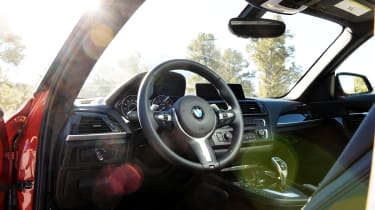 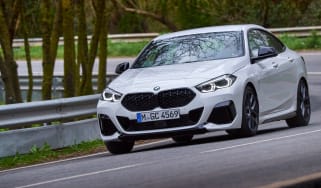 You can now get a model of the car Jethro Bovingdon co-drove to class victory at the 2014 Nurburgring 24 Hours
BMW M235i convertible review - pictures, specifications, 0-60 time and more 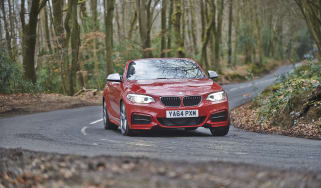 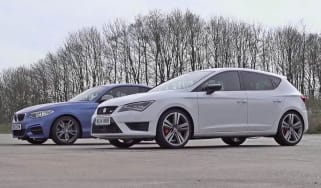 Sports car vs hot hatch, rear vs front-drive: it's BMW M235i vs SEAT Leon Cupra in our drag battle video
Skip to HeaderSkip to Content