evo’s supercar secrets - hidden details you might not know

From Bova bus to Punto headlights, we reveal the details that make up some of the world’s most famous supercars 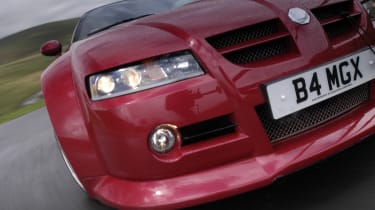 Building a supercar is not an inexpensive process. Customers expect the very best, be it performance, styling or build quality, which is why today’s supercars feature some of the most remarkable bespoke parts and intricate features ever seen.

There are, however, times when the world’s most famous supercar manufacturers need to source a part or component from a less exotic source, either on the grounds of safety, or more likely cost. So in no particular order, we examine five times that supercar makers have borrowed from the part bins of humbler machinery. 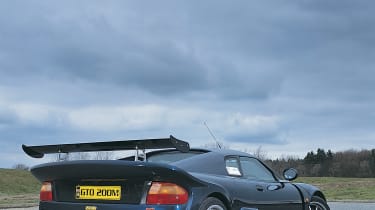 It would be unfair to say that the Noble M12’s 2.5-litre V6 was borrowed straight from a Ford Mondeo, because by the time Noble’s engineers had finished adding a pair of Garrett T25 turbos power had grown to a substantial 310bhp (108bhp more than the hottest Mondeo of the time, the ST200).

The modified engine wasn’t the only thing to make the jump from family saloon to giant-killing sports car though, because the Noble M12’s rear lights were also transplanted from the original Mondeo.

MG Rover’s exciting SV supercar might have failed to prevent the struggling British carmaker from meeting its demise, but it did confirm its engineers weren’t only interested in producing jacked-up versions of the Rover 25. What they were interested in, was utilising their then-paltry development and marketing budgets to create something fun: the MG SV.

In its fastest SV-R specification, the wide-arched MG’s 5-litre V8 produced 380bhp, marking it out as something truly unique amongst the rest of the humdrum range. But MG Rover was staring bankruptcy in the face, leaving the engineer's no option but to source parts from elsewhere, which meant looking beyond the Rover parts bin and into Fiat’s to pick up the Mk2 Punto’s headlights. 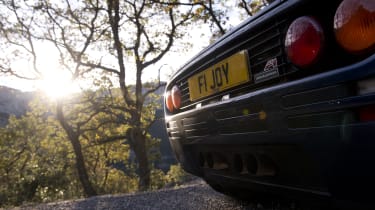 It seems not even the most illustrious of British carmakers can avoid temptation to borrow the odd component from lower down the automotive food chain, because McLaren fitted its 240mph F1 with taillights from a bus.

Yes, one of the world’s fastest supercars features rear lights from a Dutch-made bus. And as evo’s Henry Catchpole explains in our ‘McLaren F1 – the details’ video, McLaren weren’t the first to use them. Blackpool based TVR had already fitted them to its own sports cars, leading McLaren to believe they had already been homologated, which of course they hadn't. 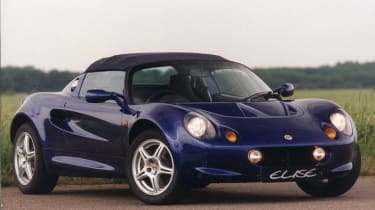 As a sports car the Lotus Elise is one of the most iconic of the last 20 years, and there has been a model to suit every need along the way. But the source of some of the components used to build them are far less exotic and sporting.

The Rover 100 couldn’t be a more contrasting car to the Lotus. But while the Lotus was designed to offer maximum driving thrills, the Rover was more concerned with appealing to driving school than steering feel. but no matter how opposing the cars may seem, when it comes to providing rear-view vision, the Rover 100’s mirrors were apparently perfect for Lotus’ top-selling sports car.

We’re still trying to fathom how one of the world’s most glamorous supercars, the Pagani Zonda, ended up with the climate control unit from a struggling British carmaker. Did Pagani spend so many euros on creating the car’s meticulous interior that there were just a few cents left over for the air conditioning controls?

Whatever the reason, behind the Pagani’s aluminium centre console

sits the climate control unit from a late-model Rover 45. With the same digital display and buttons, the unit’s parts are interchangeable. Owners of the £1.5million Zonda 760RS might be feeling a little short-changed, were the rest of the car not so incredibly well styled.