These are the cars you'll want to drive in 2016 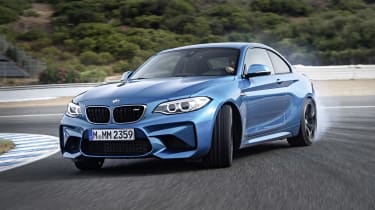 Every year, some type particularly jaded tales of emissions regulations, safety standards and the inexorable creep of infotainment technology will prophecise the death of the performance car.

And every year, we’re presented with a lineup of vehicles even more ludicrously powerful, blisteringly fast and eye-wideningly exciting than the last, somehow hitting goals as disparate as saving fuel and going fast, or doing minimal damage to the earth while finding new ways to shred tyres.

So here are several reasons to be excited by 2016’s automotive landscape. From the return of a rear-wheel drive Alfa Romeo saloon to one of the most focused Lotus cars ever, these will be the cars of 2016. 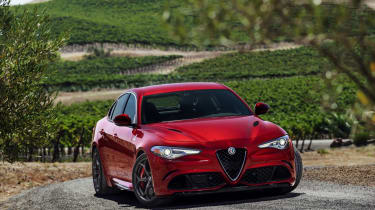 The five words on everybody’s lips: ‘Will it be any good?’ The next three: ‘We hope so.’ It’s hard to do anything but hope until we drive the new Giulia, but from the information we have – most of it on the range-topping Quadrifoglio – the signs are promising.

It will develop 503bhp from a turbocharged V6, along with 500lb ft of torque. 0-62mph takes a scant 3.9sec, and Alfa has also hinted at an M3-bashing ‘Ring time of 7min 39sec – not just 13 seconds quicker than a BMW M3, but a second quicker even than a Lamborghini Murcielago.

We’re cautiously declaring it a looker too. It might not have the impact the 156 did when it launched in the 1990s, nor the crispness of the 159 that followed. But it has the right proportions and a healthy dose of attitude, that’s sure to make it irresistible to those not swayed by German rivals. 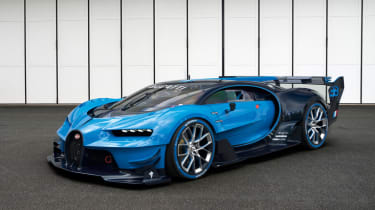 Someone, somewhere within BMW knows the M3 and M4 haven’t quite hit the spot for some people. When pressed, BMW told us that dynamics have been a major focus for the new M2, and the company understands the car is closer to the 2002 Turbo, E30 M3 and 1M heritage than any 3-series-based car.

It’s closest to the 1M, naturally. Pumped up and aggressive, we’ve only seen the M2 in the studio so far, but it’s sure to look great out on the road. It’ll go like a 1M too – from 4.3sec to 62mph (the same as a manual M4) thanks to a 365bhp, turbocharged inline-six.

Most importantly of all, BMW isn’t restricting the M2 to a DCT ‘box – up to half of M2 customers are expected to opt for the six-speed manual. If that’s not a clue the performance car world isn’t doomed, we’re not sure what is. 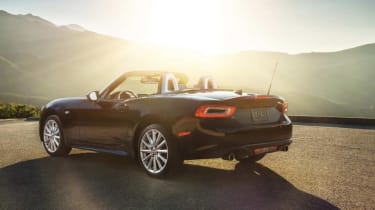 Little is yet known about Bugatti’s latest hypercar. The name has been confirmed, and the final form has largely been uncovered between spy shots and the official Vision Gran Turismo concept.

Replacing the Veyron, the Chiron – named after one of Bugatti’s best-known racers, Louis Chiron – is expected to develop as much as 1500 horsepower, from an 8-litre, W16-configuration engine.

It’s sure to set new speed records too. All ultimately pointless, of course, but it’s hard not to be impressed by the scale of engineering.