evo encyclopedia: the world of fast cars from A to Z 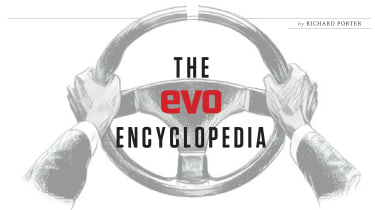 Don’t know your B-pillar from your black panel but were too embarrassed to ask? Fear not. In this new series you’ll find informative and insightful definitions for everything you ever needed to know under the performance motoring sun (and possibly a few things you didn’t).

In this first installment of our new monthly series, in which Porter will take us through everything in the automotive world from the Ackermann steering principle to Zagato’s on-again-off-again relationship with aesthetic sensibility. 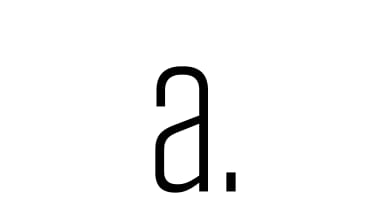 A small Audi, the UK driving licence category for light motorbikes, and a British arterial road that hosts an unusually high number of ‘adult’ shopping outlets. 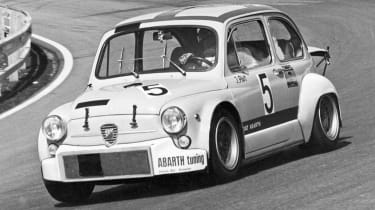 Italian tuning company; now used as a badge on sporty Fiats so we all have to pretend it’s a separate company even though everyone knows that it isn’t.

System that permits each braked wheel to be held just before the point of lock-up by rapidly releasing and reapplying pressure in the brake lines, allowing maximum braking performance without loss of control. A similar effect can be achieved by professional racing drivers using cadence braking, although no human can jab their leg up and down 20 times a second, except perhaps Michael Flatley.

An increase in speed, often to pleasurable effect, although less enjoyable if considerable ability to do this is a car’s sole party piece. Hence the lack of depth in many electric cars and RS Audis.

Basic principle of steering systems, as patented by Rudolph Ackermann, in 1818, for use on horse-drawn carriages. Permits the inside steered wheel to turn at a greater angle – and therefore to follow a tighter radius – than the outside wheel. Also, in a roundabout way, why Alfa Stelvio owners’ groups are full of complaints about the steering being weird at low speeds. 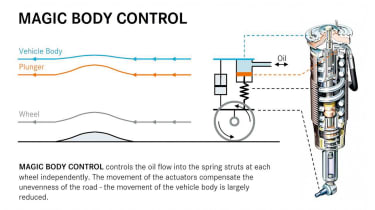 Exciting-sounding computer-controlled chassis system, regularly shown off (but not actually put into production) by Lotus in the ’80s, and used to notable effect by the Williams team before it was banned in Formula 1. Many cars these days have ‘active’ suspension, from the reactive dampers on sporty Golfs to the air suspensions on big limos and the Active Body Control on some Mercedes. That last one is the closest to the old Lotus system in that it uses hydraulics, but it somehow isn’t as cool as an Esprit haring about the place showing no body roll.

The sticking of one object to another, for example a rubber tyre to a road surface through friction, the ‘limit’ of which might be ‘overcome’ for amusing effect, or simply to have an accident.

Australian Design Rules. Set of regulations a car must meet before it can be sold in God’s own country, featuring stern edicts about control and instrument placement, and hence the reason why the massive central speedo that BMW Minis featured in the rest of the world had to be turned into a comically huge rev counter for Aussies.

What heavy, noisy or crude parts of a car are often described as being, although actually modern tractors have CVT gearboxes and auto throttle and self-steering and are, in many respects, a good deal more sophisticated than, say, a Ford Mustang. 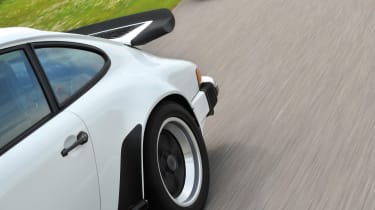 Engine temperature control system guaranteed to excite old Porsche enthusiasts and people who don’t care about having a heater that works properly.

Intake-mounted element to stop dust and dirt getting into the engine, the replacement of which with an aftermarket part can liberate up to 50 extra horsepower, as long as you are 18 and talking about your mate Steve’s Nova SRi.

Chassis element in which conventional springs are replaced with chambers of pressurised air, permitting more effective load compensation as well as high-speed height reduction, and allowing the owners of 2001-2011 Mercedes SLs to accidentally press a button they don’t understand and then drive about with the wheel-to-arch gap of a Range Rover.

Catch-all name for wheels that aren’t steel, usually made from a mixture – hence ‘alloy’ – of aluminium or magnesium with nickel, which adds strength, but also weight. Also available in carbonfibre, which isn’t an alloy at all, and probably sounds especially awful when you kerb it.

German operation specialising in making BMWs slightly nicer, with an extraordinarily high hit rate. Can you name a disappointing one? Apart from that one, obviously. Quite a pivot from the family business of its founder, Burkard Bovensiepen, which made typewriters.

Ductile metal used extensively and to great effect in vehicle engineering to achieve a weight reduction versus equivalent parts made of steel, except in the case of Jaguar Land Rover, which employs a special ‘heavy aluminium’ for some reason. 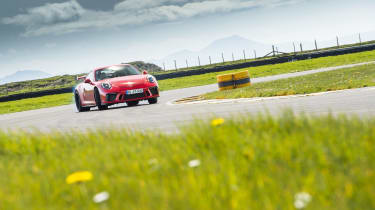 The part of the corner you should generally aim for, unless it’s across traffic or something. Plural can be apexes or apices, although people who use the latter tend to sound like anii.

Vital part of the car in that it holds in the windscreen. Also increasingly obscures the view out at junctions.

Generic term for the crash barrier invented by the Sheffield Steel Corporation of Kansas and introduced in 1933 under the name ‘Flex-Beam’ after the distinctive W-section that gave basic strength to the mild steel construction but allowed enough ‘give’ to dissipate some of the energy of an impact. Became known as Armco after Sheffi eld Steel’s parent company, the American Rolling Mill Company, and, though lots of people make crash barriers, Armco is now a proprietary eponym (see also: Transit, Biro, Hoover). The company still exists, but is now called the AK Steel Holding Corporation and no one will know what you mean if you say, ‘Oh no, Lance Stroll has gone and binned it into the AK Steel Holding Corporation, again.’

Thin, U-shaped metal bar connecting opposing wheels and transmitting forces from a loaded wheel across to an unloaded wheel, applying an upwards pull that limits body movement relative to the wheel. Considered undesirable by hardcore off-roaders and McLaren engineers. 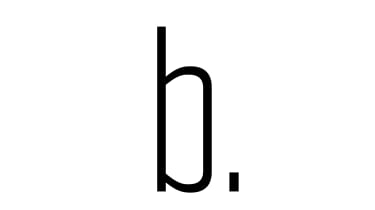 A desirable quality in chassis, and indeed acrobats.

it is covered in straw and bird poo.

The one that’s often nicest to drive.

Track complex built on the site of what was RAF Thurleigh, later the Bedford branch of the Royal Aircraft Establishment. The Autodrome’s 1.85-mile West Circuit is much used by evo for performance assessment and lap timing, and the 2.8-mile South West Circuit for evo track evenings. Handily, Bedford Technology Park next door, also on the old aerodrome land, is the location of the new evo Towers.

Gang of plucky toffs famed for heroic exploits such as racing trains and repeatedly winning the Le Mans 24 Hours. Members included Woolf Barnato, whose real name was Joel, Sir Tim Birkin, whose real name was Henry, and ‘Benjy’ Benjafield, who was actually called Dudley and whose real first name was Joseph. Fondly remembered, especially by the marketing department at Bentley.

North Walian town and unofficial nexus of the evo Triangle, hence abnormally high sales of superunleaded in the local petrol station. Close to Swallow Falls, which is, fact fans, Britain’s most visited waterfall.

‘Aircraft inspired’ (as usual) feature of some Saabs, in which the illumination to all instruments except the speedo could be cut at night. Like most Saab things, an interesting idea copied by no one (although the Vauxhall VXR8 had the same function, if you knew how to find it).

A way of referring to BMW when you’ve used the name BMW too much already.

Old-fashioned word for supercharger, hence ‘Blower Bentley’, also used to refer to a turbocharger in the ’80s and by some car writers ever since. Not to be confused with things that suck, such as intake manifolds and the Mitsubishi 3000GT.

Fictional secret agent famed for inexplicably attention-seeking car choices including a BMW Z8, two Lotus Esprits, several Astons and, in the novels, various large and conspicuous Bentleys. Sheesh, it’s like he wants to be spotted and then shot at. 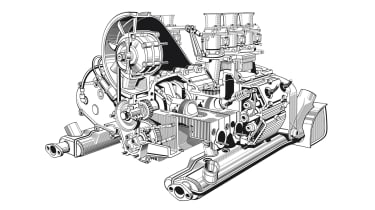 A ‘flat’ engine with two cylinder banks in which opposing pistons move towards and away from each other at the same time, such as is found in the Porsche 911 and various Subarus but not, confusingly, in the Ferrari Berlinetta Boxer, whose fl at-12 was technically a 180-degree V12.

Important structural part of the car at the trailing edge of the front doors, visibly dividing up the side windows, unless you own a cool Mercedes coupe from the ’70s, in which case it doesn’t.

Vital part of a car, usually based around pads gripping a disc (or, on old cars, shoes pressing against a rotating drum, the basic look of which still provides the inspiration for most brake warning lights). Disc brakes date back to the late 19th century but took until the 1950s to become commonplace on sports cars (and on the Citroën DS) and featured rotors made of cast iron until Lotus introduced light, durable but squeaky metal matrix composite discs on the Elise (and then deleted them). In 2001 the Porsche 911 GT2 was the first production car with carbon-ceramic brakes, although pure carbon-carbon brakes had been used since the ’70s on racing cars, and indeed on Concorde. Brakes can also be wooden, although not literally.

Inexplicable dashboard control in prime-era Imprezas which allowed the driver to, wait for it, make the digital clock very slightly brighter. 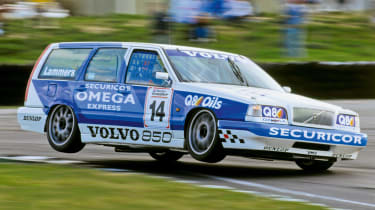 British Touring Car Championship. A race series more relatable to the real world than F1 because the cars look like normal hatchbacks and saloons, there’s always someone getting some minor panel damage, and the field is full of middle-aged men getting angry with other drivers.

Check in every month for the next installment, or click here to subscribe to evo magazine for all the latest features, drives and more delivered to your door every month...