Inside WIlliams - the people, cars and moments that made the F1 team great

Spectacular innovation is the norm for racing outfit Williams. We chart the cars and the people that have made it a motorsport legend 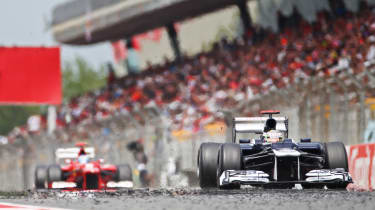 Williams Grand Prix Engineering celebrates its 40th anniversary in 2017. Established by Frank Williams in 1977 from the bones of Wolf-Williams Racing (itself formerly Frank Williams Racing Cars), it has defied its independent status by becoming one of the most successful Formula 1 teams of all time. It sits third, in fact, behind Ferrari and McLaren, but unlike either of those teams, Williams has never sold road cars to fund its racing efforts, instead – as the team itself puts it – it exists purely to race in the top echelon of motorsport, F1.

The team has taken nine constructors’ titles and seven drivers’ championships, and boasts a personnel roster that has included some of F1’s biggest names. Drivers such as Alan Jones, Keke Rosberg, Nigel Mansell, Alain Prost and Ayrton Senna have all raced for the Wantage-based team, and that impressive roll call is only likely to increase as the team now works hard to regain its competitive streak. 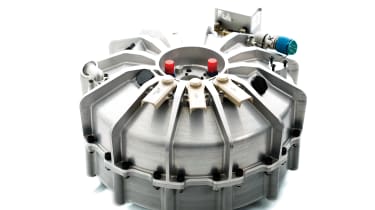 Williams has enjoyed plenty of success outside Formula 1, too, tackling everything from Group B rally monsters to Le Mans-winning prototypes, achieving considerable success in touring cars, and working with the newly reformed Jaguar Racing to engineer one branch of motorsport’s future: Formula E cars. With further arms in aerospace, defence, the energy sector and automotive engineering under the Williams Advanced Engineering banner, the company’s contribution outside F1 can almost match its presence within the racing world.

Here we take a closer look at a handful of key people and moments from the team and company’s first four decades...

Employed by Williams between 1991 and 1996, F1 engineer Newey has a career in the sport as illustrious as any driver’s. In recent years he’s become known for his contribution to Red Bull and Sebastian Vettel’s dominance, and prior to that he helped Mika Häkkinen score titles in 1998 and 1999, along with a constructors’ win for McLaren in ’98. But perhaps his best work was with Williams – in 1991 his then-new FW14 scored multiple victories in the hands of Nigel Mansell and Riccardo Patrese, and in 1992 the revised FW14B, one of the most advanced Grand Prix cars ever, dominated, with Mansell taking nine victories and Williams ten wins from 16 rounds. Prost then won in 1993, Damon Hill came close in 1994, and after a difficult ’95, the Patrick Head and Newey-designed FW18 was again dominant: between them, Hill and Jacques Villeneuve won 12 of the season’s 16 races.

From its debut in 1977, Williams was almost immediately on the pace. The season itself was a learning year with Patrick Nève, but the hiring for the ’78 season of Australian Alan Jones – who would subsequently take the title with Williams in 1980 – quickly brought points and podiums. Yet it was Swiss star Clay Regazzoni who gave Williams its first victory, at the 1979 British Grand Prix. 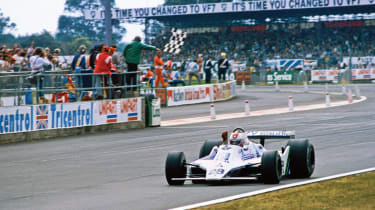 Teammate Jones had put his Williams on pole and the two diced in the early laps, but a series of retirements, Jones included, put Regazzoni up front, where he took victory by 24 seconds over Renault driver René Arnoux. As if to prove the abilities of both himself and the Williams-Ford FW07, Jones took a hat-trick of victories in Germany, Austria and the Netherlands, and another in Canada, landing him third in the 1979 standings.

The early to mid-1990s was a purple patch for Williams Grand Prix Engineering, and the FW14B remains one of the most successful F1 cars of all time. A revision of the Adrian Newey-designed FW14 that dominated the mid-to-latter stages of the 1991 season, the FW14B of 1992 was a technical marvel. Power came from a 3.5-litre Renault V10 – rumoured to make as much as 30bhp more than rival engines – while Nigel Mansell made best use of the newly introduced active suspension to take nine wins and secure the championship with six races remaining. The suspension allowed the car to run at the perfect height for both straights and corners, and Mansell and the FW14B just clicked: in his home race at Silverstone, the Brit’s pole position time was a full 1.9sec ahead of teammate Patrese’s best, and he in turn was nearly eight tenths ahead of Ayrton Senna’s McLaren. 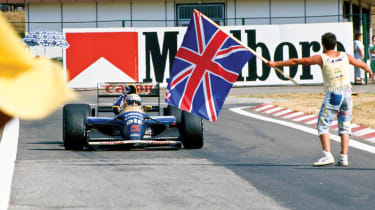 Few of Williams’ signings have been quite as controversial as Pastor Maldonado. The Venezuelan, widely derided as a chequebook driver, showed undoubted pace during his time in F1, but also continued his dubious reputation for calamity in lower series with a string of incidents, collisions, penalties and fines. All of that was briefly forgotten at the Spanish Grand Prix in 2012, where Maldonado showed his other face: that of someone with the pace and resolve to put the car on pole and lead from lights to flag. In the process he fended off Fernando Alonso, took his only F1 race win, and broke an eight-year Williams drought since Juan-Pablo Montoya’s victory at the Brazilian Grand Prix in 2004. The team hasn’t won since, but Felipe Massa and Valtteri Bottas have managed to score several podiums in recent years.

> Click here to read up all about the new Renault Sport Megane R.S.

If you’re ever faced with someone complaining about a single team dominating F1, then remind them that such situations have occurred nearly as often as they haven’t. In 1996 the driver pairing of Damon Hill and Jacques Villeneuve took 12 victories from the available 16 races, making the FW18 one of the team’s most successful chassis. And it was the Brit who had the upper hand, scoring eight of those wins and revelling in the FW18’s reliability, strong Renault engine and Newey- designed aerodynamics. Few will forget Murray Walker’s lump-in-throat moment as Hill – always something of an underdog, supporting Prost in ’93, leading the team after Senna’s death in ’94, and narrowly losing out to Schumacher that same season – took his only title in Japan. Tough times followed, but Hill and Williams did everything they needed to in 1996. 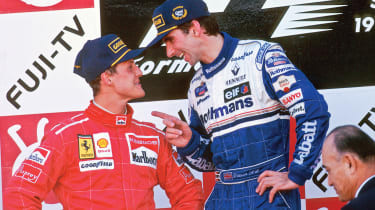 Outside the F1 paddock

Williams’ roster of extra-curricular activities is nearly as impressive as its GP results. Did you know, for instance, that it developed the mighty MG Metro 6R4 rally car in 1984, and the Le Mans-winning BMW V12 LMR of 1999? Few will forget Williams’ impact on the British Touring Car Championship in the 1990s – when it took over Renault’s team in 1995, it turned the already competitive Laguna into a championship winner, resulting in driver and manufacturer titles in 1997. The early ’90s also saw the launch of the Renault Clio Williams, though this one wasn’t actually a Williams product, instead being the work of Renault Sport. More recently, the firm’s expertise has seen it develop flywheel hybrid systems, as used in the Porsche 911 GT3 R Hybrid, and work with Jaguar in Formula E and Nismo on the GT-R.