What was your 2017 motorsport highlight? evo's staff choose theirs… 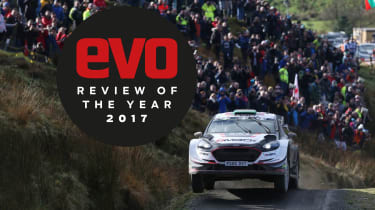 There’s been some cracking racing this year… and there have been some real snoozeathons too, with many of this year’s F1 races being a good excuse for a quick post-Sunday lunch kip on the sofa. Having said that the BTCC had a bit of a renaissance while the WEC also served up some gripping action… these were evo staff’s personal highlights of the year. 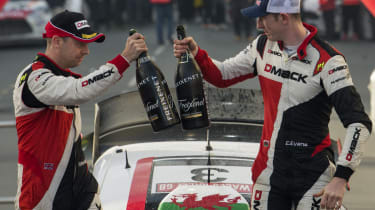 We’re off to the WRC again, but this time our highlight is provided by Ogier’s team mate Elfyn Evans. This year the young Welshman has shown plenty of the speed and potential that allowed him to win on every rung of the rallying ladder earlier in his career, but a victory at WRC level was just out of reach – by an agonising 0.7 seconds in this season’s Rally of Argentina, for example. Yet fittingly it all came good at the penultimate round of the season, with Elfyn dominating Wales Rally GB to take victory on home soil; the first win for Brit at home since Richard Burns in 2000. 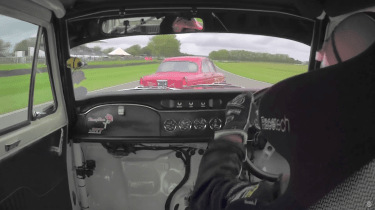 Without wishing to blow too much smoke up a colleague’s exhaust pipe, no motorsport moment this year has had my heart racing faster than Dickie Meaden’s battle for the lead of the second St Mary’s Trophy race at the Goodwood Revival. Trading places with Mike Jordan right from the off, the huge moment just after Madgwick and subsequent victory were reminders of why historic motorsport is such a big deal right now – not to mention yet more evidence that the man Meaden really knows his way around a steering wheel. 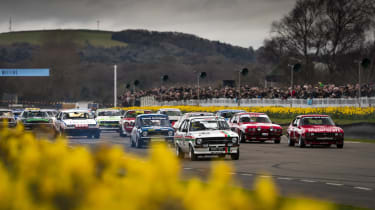 It’s a ‘classic-themed’ moment, I know, but I’d say standing at the chicane in the twilight watching the ’70s Touring Car race at the Goodwood Members’ meeting. Proper cars, proper drivers, ferocious action, all close enough to feel the heat and catch the aroma of racing cars pushed to the limit. That’s proper motor racing. 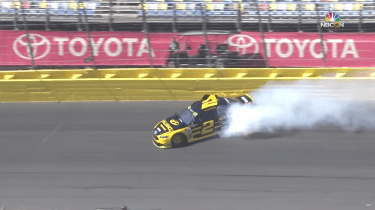 I only saw it as a short clip on Twitter, but it’s a moment that has stayed with me ever since and for that reason it has to be my motorsport moment of the year. It was Brad Keselowski’s save after his NASCAR got out of shape at Charlotte Motor Speedway. He was completely sideways with smoke billowing from the rear tyres, the outside rear corner was so close to the wall an actual drifter would have been proud, and it looked like he was traveling at about 200mph, too. Once he’d gathered it up and got the car pointing straight, he nonchalantly drove it into the in-field, like it was all done on purpose. If anyone ever says that NASCAR drivers can’t drive because they just drive in circles, show them that clip. 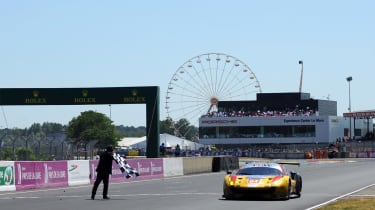 Sunday 18th June, mid-west France, and another Le Mans win for Porsche. But for once I wasn’t focused on the front runners, rather it was the nitty-gritty of the GTE-Am category I was fixated on. Why? My mate Rob was racing in his first Le Mans in the JMW Motorsport Ferrari 488 GTE. Sharing the car with Dries Vanthoor and ex-F1 driver Will Stevens, Rob and the privateer team started the race 50th overall and sixth in class. Being a jinx on Rob’s racing career – his last 24 hour race I attended I watched him drop it on the warm-up lap of the Nürburgring 24 Hours – I resorted to Eurosport’s coverage, the comfort of my sofa and guaranteed cold beer to see the chequered flag waved after 333 laps and for Rob and JMW to take the class win. And quite rightly, he hasn’t stopped talking about it since.