Which motorsport hero do we think deserves our commendation? Read on to discover our top drivers of 2017… 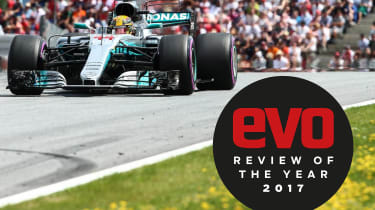 A case could be made for a myriad of drivers to be awarded the ‘Driver of the year’ accolade, all the way from the top echelons of the sport to the lower formulas there have been some stunning efforts behind the wheel this year. Fernando Alonso for wrestling with that McLaren for an entire season without losing his cool? Billy Monger for his amazing resilience after his horrific accident at Donington Park? Or Daniel Ricciardo for having the world’s widest smile and an odd habit of drinking from his shoe? Here are our top picks from the 2017 season. 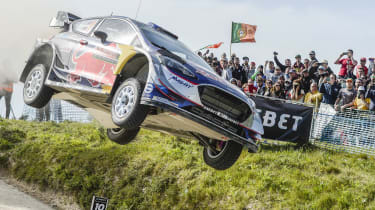 This one’s fairly easy – it’s five-times World Rally Champion Sébastien Ogier. The Frenchman doesn’t (yet) have as many titles as compatriot Sébastien Loeb, but his achievements this year arguably elevate him above the nine-times champ in the contentious ‘all-time greatest’ list. All of Loeb’s wins came with a Citroen team that was at its peak and in cars that were designed around him. You could justifiably argue that Ogier benefitted similarly when he took four titles on the trot with VW’s hugely well-funded and engineered Polo WRC, but this year’s championship was something special. Against the backdrop of new technical regulations and a last minute deal to drive a Ford Fiesta for the privately funded M Sport, Ogier and the team showed their class by beating the Toyota, Hyundai and Citroen works squads. His car wasn’t always the fastest, and he was always playing catch-up with development and experience of the car, yet he still emerged at season’s end as champ. Pure class. 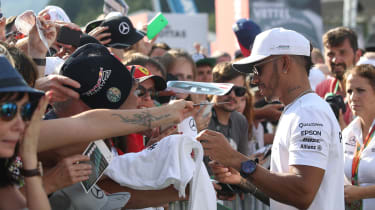 It has to be Hamilton, doesn’t it? The posed photographs, hashtags and tax loopholes make him a difficult person to like, but his driving talent is without question. In taking his fourth F1 Drivers’ World Championship title this year he’s now among the top five champions in the sport’s history and the most successful Brit. He still has a way to go to catch up with Schumi’s 91 wins, but with 72 poles he’s also F1’s fastest-ever qualifier and is in the top four for fastest laps. Probably enough to give him a break for his Instagram photos... 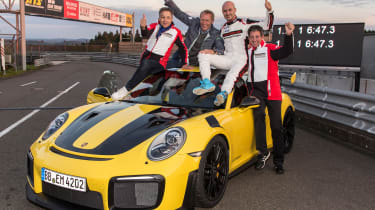 I’d say Lars Kern. His Nürburgring lap record in the Porsche 911 GT2 RS is extraordinary, and his victory in the VLN finale driving Manthey’s 911 GT3R shows that, now he’s being given the chance in top machinery, he’s more than capable of beating the best. It’s the classic story of the home town boy (he grew up near the factory and his Dad worked for Porsche for decades) who gave up racing to become a qualified engineer and now has the dream job of Porsche test and development driver alongside a burgeoning racing career. And he gets to demonstrate Porsche’s museum cars, too, like the 917/30 Can Am car. Call that work, Lars? 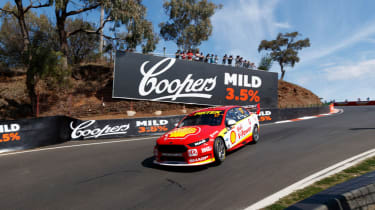 Scott McLaughlin may not have won the 2017 Australian Supercars Championship, a penalty in the last race cost him the title, but he was involved in almost every highlight of the entire series. And, what with the Australian V8 saloon cars being some of the most spectacular, dramatic and flamboyant contemporary race cars, that means he played a significant part of all of 2017’s Supercars highlights. His record-breaking lap around Mount Panorama, the first to dip below 2 minutes and 4 seconds, to take pole at this year’s Bathurst 1000 was such a beautiful example of aggressive yet clean and precise driving that, even though it wasn’t during a race, it was more exciting to watch than any championship decider in any other series. 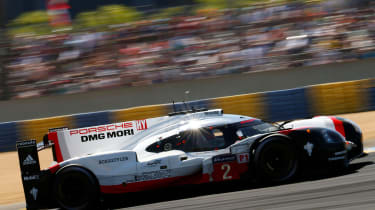 Has to be Brendon Hartley for me. 2017 Le Mans winner and World Endurance Champion with Porsche while also grasping his F1 opportunity when Torro Rosso called upon his services for the US Grand Prix, impressing the team to later replace Daniil Kvyat and going on to be offered a full season’s racing with the team in 2018. Despite being beset with technical problems and a Renault engine that simply couldn’t be bothered to turn up to the races, Hartley performed solidly if not exactly spectacularly. But it’s how he went about it that impressed. No ego, no excuses, no toy extraction from the pram. He’s a driver who deserves getting behind in 2018.