Two Ferraris, one Alfa Romeo and a Triumph motorcycle all hit record amounts 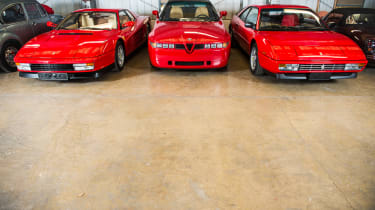 Among them were two Ferraris, both of which comfortably cleared their estimates. A 1991 Testarossa with only 955 miles on the clock – and a set of five-piece Ferrari luggage – sold for £72,500 over its lower estimate, eventually hitting £202,500.

Classic Alfa Romeos have been gaining value for quite some time, with 1950s and 1960s examples climbing significantly over the last few years. Cars bearing the Zagato name are surefire investments too, so a combination of the two – in the shape of a 1991 Alfa Romeo SZ – will always be a hit. 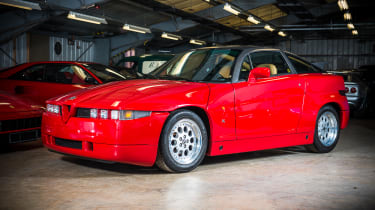 The final record-breaker had only two wheels, but no less historical significance. The 1965 Triumph ‘Thruxton’ Bonneville reached an impressive £21,938.

Silverstone Auctions’ next sale will take place at the Restoration Show, at the Birmingham NEC on March 28.