More power than an Enzo from modified twin-turbo V8 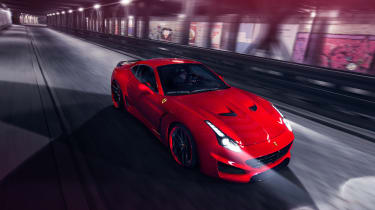 Novitec has had its rather questionable way with the Ferrari California T, unveiling this 668bhp wide-bodied version of the car. Called the N-Largo California, it is 11 cm wider than a standard California T thanks to extensive carbon fibre bodywork additions.

Developed by Vittorio Strosek, the German designer who pioneered wide-bodied supercars in the 1980’s, the N-Largo California is a significant departure from the standard Ferrari in both power and looks. 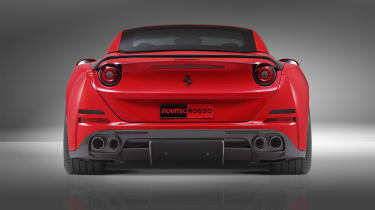 Novitec offers extensive interior customisation options to the California, as well as a custom stainless steel sports exhaust system for the car.

For those interested in the standard California T, you can read our full review of the car here.