Ferrari's firsts - the unique engines and their cars

All Ferrari's major engine and layout introductions, from the 166 Inter to the new GTC4Lusso T 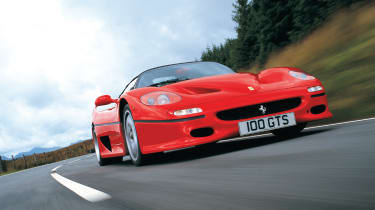 The latest Ferrari GTC4Lusso T is perhaps more unusual than its familiar bodywork suggests. For the first time, Ferrari is putting its V8 engine in the front of a fixed-roof coupe - rather than its more usual home in the front of the drop-top California T (or the mid-engined 488 GTB).

With a manufacturer like Ferrari, selling in smaller numbers than volume manufacturers and with a more prominent heritage, such instances tend to stand out. We've searched the Ferrari archives for other historical firsts, from its first mid-engined V12, to the first mid-engined, V8, 2+2 drop top. You might not be in such a hurry to discover the latter, actually... 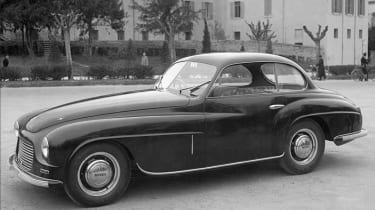 As Ferrari’s first ever road car it’s unsurprising that it ticked off several firsts for the company. Like all early Ferraris its engine was located in the front, a tiny 1995cc, 60-degree V12. Available as a coupe, Spider and 2+2.

The 4.1-litre 342 America gave Ferrari its first front-engined V12 over three litres in capacity The name gives a strong hint as to its target audience, and with a 105-litre fuel tank it had the touring range for long continental road trips. Available in both coupe and convertible forms. 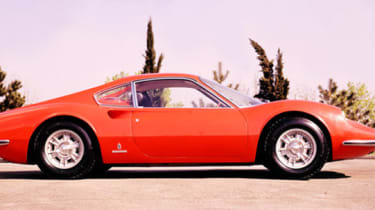 To date, the Dino 206 (and the 246 that followed) have been the only V6-engined Ferraris - and as connoisseurs are at pains to point out, they never wore Ferrari badging. They weren’t however the firm’s first mid-engined car - that fell to the 365 P Speciale of 1966.

One tends to think of the Dino 206 as being the first mid-engined Ferrari but the 365 P Speciale got there a year earlier, and packing a sizeable 4.4-litre V12 under its curvaceous flying buttresses. And it featured three seats, the driver positioned centrally à la McLaren F1. 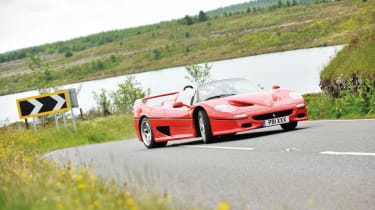 Unbelievably, it was 1995 before Ferrari let you combined a mid-mounted V12 with an open roof (though some may give the nod to the one-off Ferrari Testarossa Spider with its “180-degree V12”) in the F50. All the better to hear the F1-derived 4.7-litre engine.

The newest Ferrari is also the first ever to combined a fixed roof with a front-engined V8 (and four seats). The GTC4Lusso also becomes one of very few Ferraris (the 365BB and 512BB, and 208 and 308 were others) that has offered two different power units in the same body style - and then, the first to include two configurations (V8 and V12) in the same body. 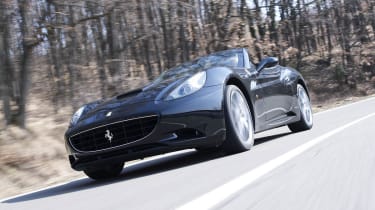 The California, whose more recent turbocharged engine sits in the nose of the latest GTC4Lusso T, was the first front-engined V8 Ferrari of any type, four seats or otherwise. Sadly, it’s unlikely to be remembered as one of Ferrari’s all-time classics.

We’re all the way back to Ferrari’s early days here. Available in 2+2 form, it was the first four-seat Ferrari - as well as being the first to pack that small-capacity V12 in a front-engined, closed-cockpit body. 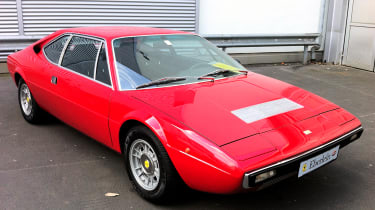 And here we’re hopping back to the 1970s, with the car that replaced the Dino 246. It also brought with it two more cylinders and angular Bertone styling - and a pair of compact seats behind the driver and passenger.

Not one of Ferrari’s more celebrated models, but the Mondial Cabriolet did offer something new for buyers: the ability to seat four in a mid-engined, V8-powered convertible. If that isn’t enough to convince you that the Mondial is worthy of investment, nothing will...