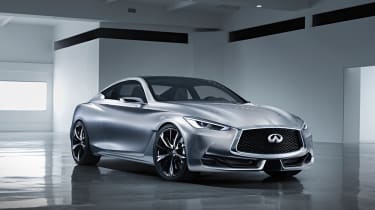 Infiniti has confirmed the specs of its new Q60 concept after its world debut in Detroit. Set to preview a full production version due for arrival in 2016, the Q60 Inifiniti wears sleek and curvaceous bodywork and looks to have Audi's A5 and BMW's 4-series locked firmly in its sights.

Up front, a snarling nose is dominated by a wide-mouthed grille and double-winged front spoiler. A smooth, curving bonnet and clean sides are accompanied by sleek door mirrors and wide hips, giving the Q60 concept a muscular exterior with a hint of Q80 Inspiration concept. 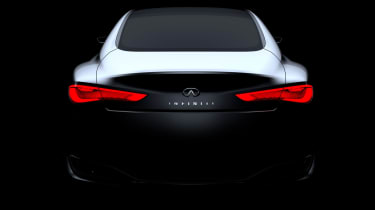 Alfonso Albaisa, Infiniti's Executive Design Director said: 'the sweeping lines of the Q80 Inspiration gave the Q60 Concept its coupe silhouette and looks while the Formula One-inspired touches from the Q50 Eau Rouge endowed the coupe with its sports personality.' 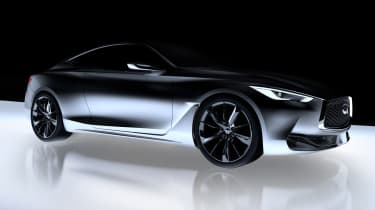 There's a 2+2 layout in the cabin, which Infiniti claims features leathers with 'the right balance of comfort and support as befits a premium sports coupe.' These hand-stitched leathers wrap over sections of the dash and door cards, and are accompanied by sporty seats and a panoramic sunroof.

The car gains Infiniti's InTuition system - an entirely customisable system that can save driver settings for the car between four people - which adjusts everything from seating position to cabin climate settings.

Under the bonnet of the concept sits a 24-valve 3-litre V6, borrowed from the Q80 Inspiration first seen at the Paris motor show. It's said to head a family of more efficient and more powerful engines that'll arrive in cars starting from this year. 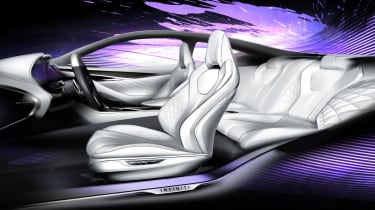 There's even word a 3.7-litre V6 (as featured in the hot Q50 Eau Rouge) could be offered in a fast version to rival the BMW M4 and Audi S5. Fingers crossed.

Prices will be announced closer to production, which is set to commence early next year.