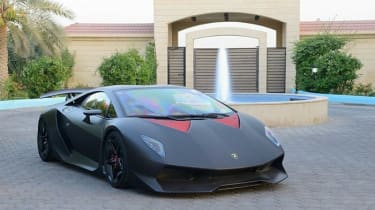 A Lamborghini Sesto Elemento with just 12 miles on the odometer is up for sale online for £1.9million. The ultra-exclusive supercar features the Gallardo LP560-4’s 562bhp naturally aspirated V10 engine and was made in just 20 examples. This car is thought to be the only one in the world currently on sale.

Thanks to the extensive use of carbonfibre in its construction, the Sesto Elemento weighs just 999kg, ensuring power-to-weight is rated at 570bhp/ton. Not only does this place the Sesto Elemento up there with the likes of the Gumpert Apollo, it also enables the car to accelerate from 0-62mph in a claimed 2.5sec, three-tenths faster than the 2015 Aventador SV. 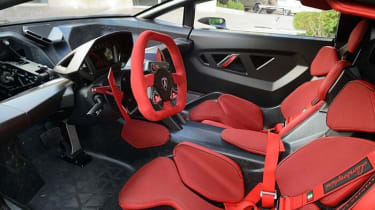 The Sesto Elemento’s one-piece monocoque also features a fixed driving position, so just like in the LaFerrari, drivers have to move the pedals and steering wheel towards them. It also wears one of the most extreme bodies Lamborghini has ever created, with an angular interior to match.

This ‘brand new’ example - on sale on 6speedonline.com - has gained around 30 per cent in value since it was first sold, and with 12 miles on the clock, you'd be hard pressed to find a cleaner example. But with such savage performance on offer, we can’t help but think that leaving this parked in a garage is a bit of a waste…