Domencali is out to head up Formula 1, so Winkelmann is returning to Lamborghini as president and CEO 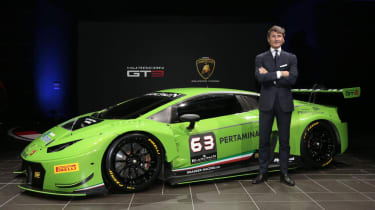 The Volkswagen Group’s upper management reshuffle continues to make headlines, with Audi announcing that former Lamborghini president and CEO Stephan Winkelmann will return to the top job in Sant'Agata but retain his current role as CEO of Bugatti. The news comes after current Lambo boss Stefano Domencali’s move to head up Formula 1 as its new CEO.

Italian/German Stephan Winkelmann originally left his post at Lamborghini in 2016 before briefly heading up Audi Sport, and during his tenure in the top job at Lambo helped the brand launch a generation of new models. He also engineered the deal for Lamborghini to return to the high-end and high-profit SUV market with the Urus.

Markus Duesmann, Chairman of the Board of Management of AUDI AG stated in regards to the reappointment: “Stephan Winkelmann has decisively shaped the history of Lamborghini, no one else stands more clearly for the Lamborghini brand, and he is exactly the right person to lead this unique brand into a successful future.”

Winkelmann’s return comes at a particularly inflammatory time in Lamborghini’s history. Rumours continue to fly as to the future of both Lamborghini and Bugatti’s place within the Volkswagen Group, the status of both apparently remaining under review as the whole conglomerate prepares to restructure for a cleaner, electric-biased future. 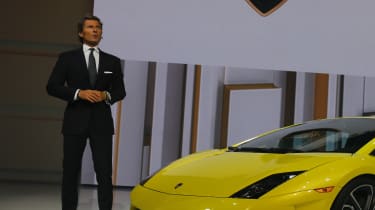 The positioning of Lamborghini, Bugatti and, indeed, Bentley is looking increasingly out-of-step with the Volkswagen Group’s future plans, with VW not wanting to necessarily be associated with the large, thirsty models that these three famous names almost exclusively produce.

By placing two of these brands under a single leadership, you might even say it packages the pair nicely for a new ownership model beyond the Volkswagen Group should they be offloaded by the German giant.