Some collaborations more secretive than others, a handful of models have received backing from Lotus over the years. We've gathered the very best 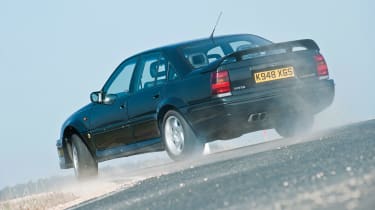 While many of Lotus’s engineering consultancy projects have been shrouded in client confidentiality, there are several high-profile exceptions where the firm’s connection has been proudly visible. Largely thanks to its reputation for excellent handling, the British marque found itself at the centre of many a collaboration throughout the years. We run down the standout models, spanning 37 years from 1963 up until the turn of the century. 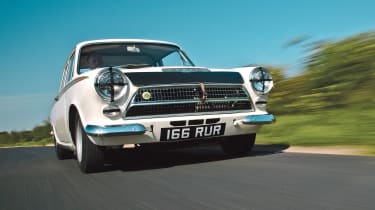 Famously photographed in neat, finely balanced high-speed four-wheel drifts – with the likes of Jim Clark, Graham Hill, Jackie Stewart, Jack Sears and Roger Clark behind the wheel – the Lotus Cortina established Colin Chapman and Lotus as the ‘go to’ guys for competition tuning of everyday cars. With its (Lotus engineer) Harry Mundy-designed and Grand Prix-proven twin-cam cylinder-head under the bonnet, plus lightweight panels and heavily revised suspension, the ‘Consul Cortina Developed by Lotus’ helped Jim Clark win the 1964 BRSCC Saloon Car Championship, then bagged the European Saloon Car Championship for Sir John Whitmore the year after. Victory on the 1966 RAC Rally showed it was robust as well as quick. 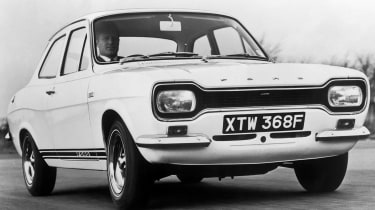 The Escort Twin Cam’s genesis sprang from a ‘what if?’ moment within Ford’s rally team: what if we stuff the running gear from the Lotus Cortina into the lighter bodyshell of the Escort? A good question with a very satisfactory answer. As a rally car the Twin Cam won the World Championship for Makes in 1968 and 1969, and with its engine further tuned by Cosworth, the Twin Cam also took the 1968 British Saloon Car Championship. 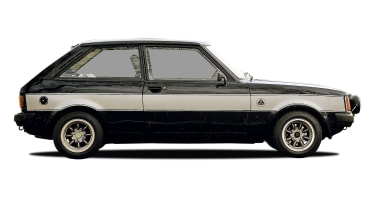 Ah, the stuff of dreams… A rear-drive, 960kg hatchback powered by a 2.2-litre 16-valve engine related to the Esprit’s and producing 150bhp, capable of being tuned to 200bhp. When Chrysler Europe sought to challenge the dominance of the Escort in Group 4 rallying, it turned to the company that had served Ford so well: Lotus. By the time the project was realised, Chrysler Europe had been acquired by the PSA Group and the Sunbeam wore Talbot badges, which were soon muddied during victory on the 1980 Lombard RAC Rally. And although competing against the Audi Quattro the following year, the Talbot still won the manufacturer’s title. 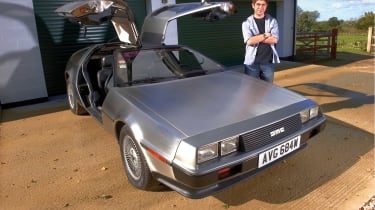 A pretty dismal car with a scandalous back story that saw Colin Chapman implicated in the misappropriation of several million pounds of British taxpayers’ money, but the gullwing-doored DMC‑12 at least proved the ingenuity of Lotus’s production engineers in the face of substantial challenges. When American automotive industry maverick John Zachery DeLorean approached Lotus in 1978 to prepare his dream machine for production, it was a barely driveable concept car. A scant 28 months later Lotus had managed to get the stainless-steel panelled coupe certified for production – an incredible feat.

An error in the first draft of the supersaloon’s press release described it as the ‘Louts Carlton’: how accidentally appropriate. Its specs are indelibly imprinted on every car enthusiast’s mind: 3.6-litre twin-turbo, 377bhp, 177mph. And if you were around at the time you may also recall the righteous and often hysterical indignation from the general media that Vauxhall should build a car so flagrantly capable of smashing the speed limit. Shake off Vauxhall’s dowdy image? Mission accomplished. 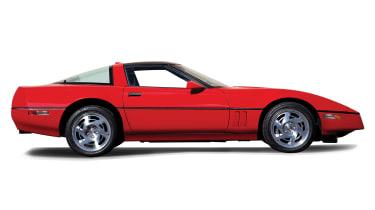 General Motors had acquired Lotus in 1986, so it was the obvious partner to turn Chevrolet’s C4 Corvette into the world’s fastest production car. Lotus went radical on the engine design, creating an all-aluminium quad-cam 32-valve V8 – the LT5 – initially producing 380bhp, later 405bhp. It missed the ‘world’s fastest’ target, but Lotus’s additional input into the brakes, steering and handling saw the Vette start to be taken seriously by the world outside America. 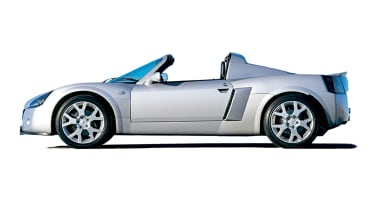 Like the Lotus Carlton, this was another welcome anomaly from Vauxhall/Opel. Although heavily based on Elise architecture, the VX220 was powered by Vauxhall’s own 2.2-litre Ecotec engine and the car’s overall spec was dictated by GM to favour refinement and ease of use. Lotus may have fretted that it was still close enough in spirit to be an Elise rival, but ambivalent dealers and television advertising that featured Griff Rhys-Jones in his Y-fronts meant the fear was unfounded.