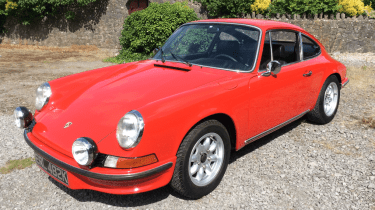 Classic Car Auctions (CCA) will play host to a smörgåsbord of interesting machines in its Christmas Sale at the Warwickshire Exhibition Centre this weekend.

Among the lots is a gorgeous 1971 Porsche 911T, two examples of the lesser-appreciated Lancia Delta Integrale 8V, and a 2007 Range Rover Sport once owned by David Beckham. No, we don’t know who he is either, but apparently he used to be quite handy at kicking inflatable leather spheres into nets.

Such pursuits pay rather well, so it’s little surprise to learn that Beckham eschewed the sensible diesel option and instead chose the 4.2-litre supercharged V8. Styling is by Bradford’s Kahn Design, with several personalised additions. It’s estimated to make £23,000-£25,000. 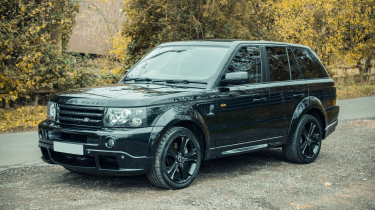 The 911T may actually sell for a little less, but the fully-rebuilt car is a beauty. Built up from a bare shell and painted Guards Red, the 2.2-litre car sits on a set of Minilite-replica wheels and has a pair of spotlights for something of a rally vibe. It’s covered 67,801 miles, and is expected to sell for between £20,000-£25,000.

A rallying vibe comes with the territory with Delta Integrales – both in the CCA Christmas Sale are 8V models, and one even features a full Martini colour scheme. The one that doesn’t is a high-mileage example at 160,000 miles, but has nearly a year of MOT and looks fantastic in bright red. 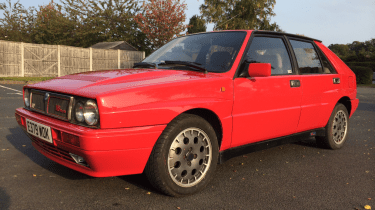 Potential buyers will also be able to snag two red, front-engined, rear-drive Japanese sports cars for between £10,000-£12,000 apiece, though the cars couldn’t be more different.

Lot 122 is possibly the most immaculate Mk1 Mazda MX-5 anywhere in the world, achieving a full 135/135 condition report from CCA. A 1996, 1.8-litre UK car, it’s covered fewer than 19,000 miles, sits on its original wheels and tyres (we’d be changing the latter ASAP…) and has lived in an air cocoon for the past decade. The other is a 1971 Datsun 240Z, imported from the United States where such vehicles haven’t been subjected to a quagmire of salty roads each winter. 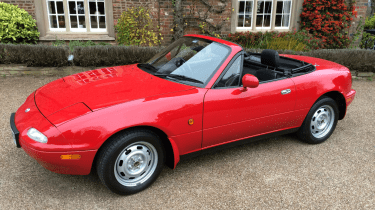 Less ‘evo’ but still notable is a 3010-mile 1978 Saab 96 Souvenir – a run-out model produced before the Saab 99 took over as the Swedish make’s volume models. Since Saab disappeared from the market the value of 96s has climbed quite significantly, but it’s still a shock to see a £15,000-£20,000 estimate on the little V4 economy car.