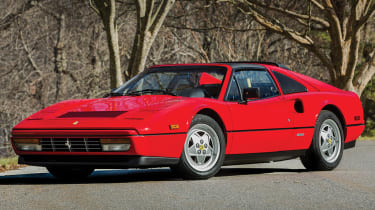 The Amelia Island Concours d’Elegance is one of the world’s greatest concours events, but increasingly it’s the concurrent auctions that steal the limelight and this year is looking little different.

RM Sotheby’s will host 2016’s Amelia Island auction. While topping 2015’s $60 million and 100 per cent lot sale record will take some topping, the metal on show will be just as special.

In our Ferrari supercar test in issue 064, Jethro Bovingdon said of the GTO, ‘The delicacy of its feedback, the rush of its turbos and the supple chassis really got under my skin. That all this comes wrapped in a compact, beautiful package is a big bonus.’ Of course, at the time (February 2004) we recorded the 288’s value at £190,000… 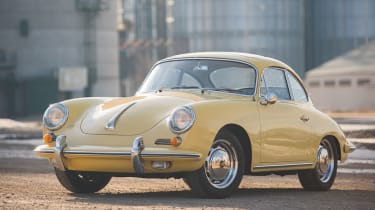 Fans of American cars will appreciate the 1962 Chevrolet Corvette 283/230, 1968 Camaro Trans Am in full Sunoco race specification, and the 2005 Ford GT – as well as a long list of vintage American metal.

You can find a full list of the RM Sotheby’s Amelia Island lots here.