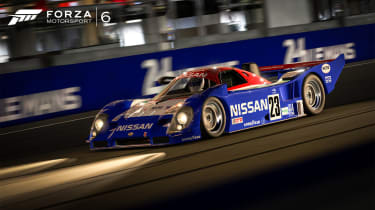 Forza Motorsport 6 might lack the simulation-style realism of Assetto Corsa or the FIA-sanctioned series of Gran Turismo Sport, but the one thing it does not lack is variety.

Among their successes are Formula One driver and manufacturer titles, victories in the Indy 500 and the 1964 USAC Champ Car season, IMSA victories, and a 24 Hours of Daytona win. And in the game, each is sure to prove a real challenge to master. 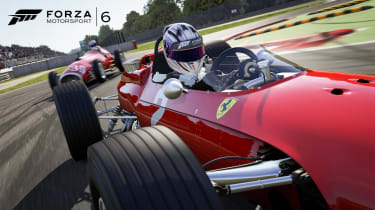 The road cars might be a little easier: First up is one of America’s favoured modern performance cars, the 2016 Cadillac CTS-V sedan. It’s powered by a Corvette Z06’s 6.2-litre supercharged V8 – well, a virtual representation of one – making it the most powerful vehicle in the company’s history at 640bhp.

Less powerful is the next road car, a 2000 BMW 323ti Sport. A car never officially imported into the UK market – we made do with four-cylinder versions of BMW’s 3-series Compact until its second generation – the 323ti developed 168bhp.

Amazingly, that’s less than Fiat now packs into a 500, if the crazy Abarth 695 Biposto really counts as a 500. It makes 187bhp and blurs the lines between road and track cars. Henry Catchpole reviewed it here, but the game should give you a decent taste of the experience.

The Forza Motorsport 6 Summer car pack is available to download now from the Xbox Store – it’s £5.59 in the UK and $7 in the US.