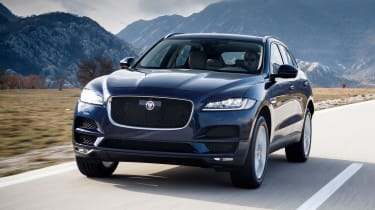 Jaguar may be busy enjoying the wave of success the popular F-Pace SUV has sent it, but it’s not keeping the big cat maker from resting on its laurels as it launches a sweeping set of 2018 changes for its XE, XF and F-Pace models.

Core to these changes are updates to Jaguar Land Rover’s Ingenium 4-cylinder engines, with the XE and XF models now offering revised versions of their turbocharged petrol engines in 197bhp and 247bhp guises. Not previously available on the larger XF, the new 4-cylinder petrol models are there to diversify the range XF range. They'll be badged 20t and 25d respectively. 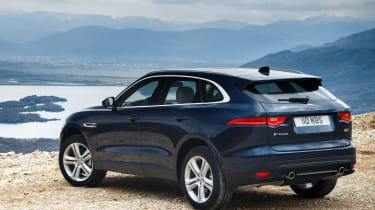 The high output diesel will be available on all three models, while the F-Pace is also due to inherit a new, more efficient 163bhp version of the Ingenium diesel, sporting CO2 emissions as low as 126g/km. That model will be badged as the F-Pace E-Performance and delivers a claimed 59.2mpg.

Not being far away from a rumoured XE SVR model, Jaguar hasn’t halted progress on the Audi S4-rivalling XE S either, uprating the 3-litre supercharged V6 from its previous 335bhp to an altogether more impressive 374bhp. 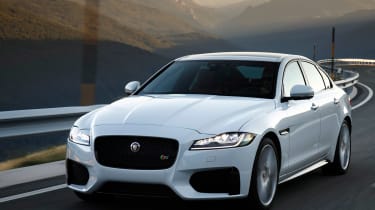 On the technology front, Jaguar is now offering the 10-inch InControl Pro infotainment system, along with the 12.3-inch virtual instrument cluster for the first time in the XE, meanwhile Dual View technology is also available on all 3 models. There's also a new app, which allows drivers to pay for fuel at Shell petrol stations directly from their cars.

Jaguars active safety systems have also been given a brush up, now including pedestrian detection and improved low speed automatic emergency braking. The updated models are available to order now.