Mercedes-Benz has confirmed that it will be launching a renewed coupe and convertible version of the flagship S-class at this year’s upcoming Frankfurt international Motor Show.

The news comes hot on the heels of the facelifted S-class saloon, which itself as undergone a substantial set of upgrades to keep it competitive with the likes of the all-new Audi A8. The coupe and convertible should follow the saloon’s lead in offering a subtle visual upgrade, tying the model in with the updated Mercedes design language that has swept the manufacturer's range since the coupe’s original launch in 2014. 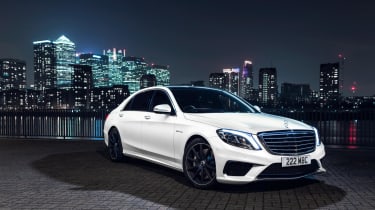 Mercedes-Benz has remained tight-lipped about the roll out of its latest 48V mild-hybrid system - whether or not it is available at launch remains to be confirmed. It is likely that the saloon’s improved autonomous functionality will be carried over to the coupe and convertible.

But the S-class coupe will have to fight off the all-new BMW 8-series when it hits the road later this year, not to mention an all-new Bentley Continental GT, which promises to be even more dynamic and competent.

Whether the coupe strikes the right compromise between dynamic and cossetting remains to be seen, but with much improved and brand new rivals on the horizon, the S-Class will need to be more than just good.