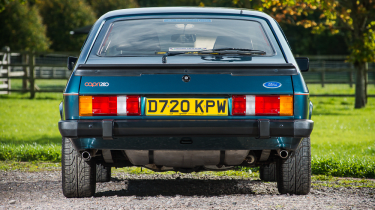 Fans of Ford performance cars will be spoilt for choice at the upcoming Silverstone Auctions Classic Motor Show sale at the NEC.

From a second-generation Focus RS with 18 miles on the clock to a selection of RS2000s, Sierra and Escort Cosworths and a stunning Lotus Cortina, it’s one of the best collections of fast Fords we’ve seen coming up for auction in quite a while, and we wouldn’t be too surprised to see one or two records being broken for individual models.

It’s hard to know where to start, but that 1966 Lotus Cortina might be worth focusing on. With an estimate of £50,000-£60,000 (not including a 15 per cent buyers’ premium, as with all cars here) it reflects the growing interest in cars of this era, and while the 1.6-litre Lotus twin-cam can’t deliver modern-day performance you’ll struggle to find a four-pot sold today that sounds quite as good. 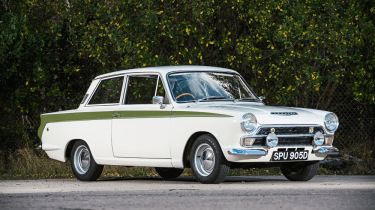 For around half that estimate is one of the other tempting classic Fords of the show - a 1975 Escort RS2000. It’s not a matching-numbers car, with a different 2-litre Pinto under the bonnet and a five-speed gearbox, but the orange-over-black exterior and interior combination looks stunning. If you do want matching numbers, the yellow 1972 Escort RS1600 might be the one to go for, though the £70k-£80k estimate is harder to stomach. We suspect the latter might not see as much use in its new owners’ hands as the orange car.

If rally cars are more your thing then the 1979 Mk2 Escort RS1800 prepared to Group 4 spec (estimate: £90k-£120k) could be the one, as driven in PCA Team Total colours by Henri Toivonen and Phil Boland at the 1979 Lombard RAC Rally. With less provenance, but more affordable and perhaps more widely known is the 1978 RS2000 replica rally car built on the Wheeler Dealers TV series - £15k-£20k should be enough to secure it. 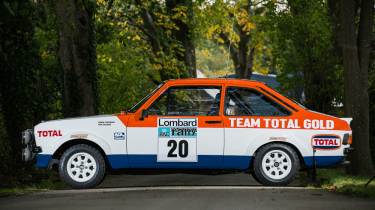 Going newer we find a selection of Escort RS Turbos. None have an estimate to match the £60,000 we saw one sell for recently, but one gets close with an upper limit of £50k. Elsewhere, for £100k-£115k, a stunning 1988 Ford Sierra Cosworth RS500. You might not drive like Andy Rouse but your daily wheels can at least be similar…

Not far off that money - £85k-£95k - could put an ultra-low-miles 1996 Escort Cosworth on your driveway (or, ideally, in your secure garage). The Lux-spec model going up for auction has only 837 miles on the clock. If the buyer intends to use it they’d be wise to swap the tyres - it’s sitting on the original Pirellis - and some other recommissioning might be advisable, but as far as originality goes it’s about as clean as they come. Elsewhere there’s a 1983 Fiesta XR2 for £15k-£20k, and a fantastically sharp 1987 Capri 280 Brooklands expected to take in between £45k and £55k. 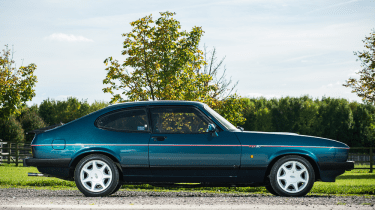 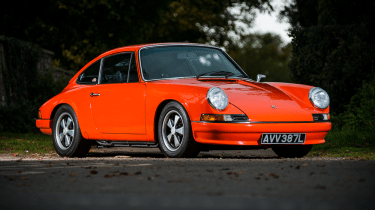 And, with a final nod to slightly newer metal, one of the brighter cars on offer at the NEC will be a 2000 Lotus Elise Type 49. As the name suggests, these cars featured a colour scheme inspired by the Gold Leaf Lotus 49s - an acquired taste, but one of the more desirable Elise S1s and with an estimate of £20k-£25k.

You can view a full run-down of the Silverstone Auctions Classic Motor Show Sale here, with the car auction beginning at 2pm on Saturday, November 11th at the NEC in Birmingham.