If you can’t face selling your car, take a look at the latest options to upgrade and improve it instead 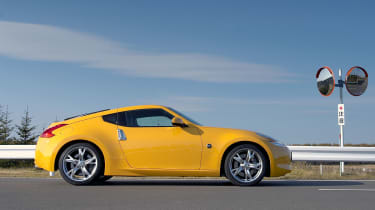 Like previous ‘Z cars’, the 370Z’s name refers to its engine capacity – 3.7 litres in this case, in a V6 configuration and natural aspiration. An automatic gearbox is available, but it’s the manual that gives the 370Z most appeal – eschewing forced induction, sending its power to the rear wheels and with a manual ‘box, it’s one of the simpler recipes available in a modern sports car.

A Nismo model debuted in 2009, and was revised in 2014 for a subtler look and a more appealing cabin (first drive in evo 204). It’s the model we’d go for, but prices are still high. With regular 370Zs heading towards the £10k mark though, they offer plenty of performance and fun for your money, and there’s even greater potential waiting to be unlocked with a few modifications.

Traditional, rear-wheel-drive sports cars are a hard sell these days, and the Nissan Gripz crossover concept presented at the Frankfurt motor show in September 2015 suggested that Nissan could take its Z-car philosophy in a whole new (and not necessarily desirable) direction.

If that’s given you the impetus to hang on to your own Z, the platform is ripe for improvement. We’d start with the breathing: the 370Z doesn’t want for performance, but the V6 always feels (and sounds) a little strained, even in Nismo trim.

Owners are also full of praise for KW's Variant 3 coilovers for the 370Z, which offer improved control without compromising the ride quality too much for road use. You can buy them direct from KW for £1428 before shipping.

And with raised performance and that rear-wheel drive chassis, you'd be wise to precede all of the above with some driver training. One-to-one road and track tuition from CAT Driver Training comes highly recommended by evo, and costs £900. Interestingly, one of the cars CAT uses is a Nissan 350Z, though you can of course do training in your own car too. 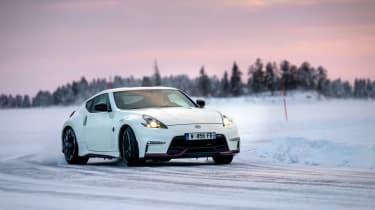 ‘The Z doesn’t have the delicacy and finesse of a Subaru BRZ but it’s dealing with altogether larger forces that have less benign intentions. It gives you the tools to cope – honestly and transparently – but it doesn’t pull any punches. Big drifts are there for the taking, you just need to know what you’re doing and accept that something more than a gentle roll of the wrists is going to be required.’ David Vivian (evo 204) Read the full review here