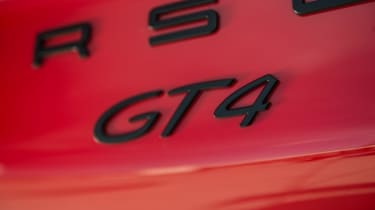 Porsche is set to unveil its motorsport-only Cayman GT4 Clubsport at the Los Angeles auto show next month. Featuring a PDK gearbox and the lighter front suspension setup from the 911 GT3 cup race car, the Cayman is set to go on sale to race teams towards the end of 2015.

The Clubsport also boasts a 40 kg weight reduction over the standard Cayman GT4 race car, putting the Clubsport at 1300kg. Bigger race-spec 380mm steel brakes have also been fitted to the car.

The Clubsport will be a track-only car and is set to be homologated for various race series before the end of 2015. It features a stripped out cabin alongside a proper bucket seat for the driver, welded in roll cage and a six-point harness.

Changes to the powertrain, aside from the inclusion of a PDK gearbox (the normal Cayman GT4 is only available as a manual), are minimal. The same 380bhp 3.8-litre flat six engine found in the road going Cayman GT4 is used here, as is the rear locking differential.

Porsche are calling the car a 'near standard racing version' so don't expect major deviations or changes from the stock road going Cayman GT4.

Images of the car are yet to be released, but you can expect to see it unveiled in the metal on November 18th at the LA show.