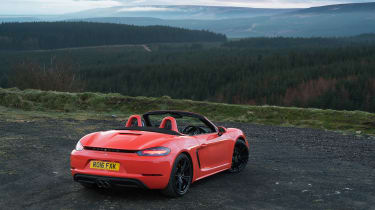 When the 981 Boxster was launched in 2012, its 918 Spyder (concept at that stage admittedly) styling and slick LED details were a dramatic improvement on the previous generation cars. A core reason for the success of the 981’s initial design was that for the first time the Boxster did without the need of sharing its doors with the 911. This allowed designers to give the 981 more wedge in its profile, as well as a more dramatic scallop on the doors leading to the side air intake.

For the 718, Porsche kept the revisions exclusively to the front and rear of the cars. At the front, new pointier headlights and a simplified bumper arrangement mark out the main differences. Out back, the slick integrated rear spoiler has given way to a slightly odd looking raised one with a Porsche logo sat in the resulted opening. Although active rear wing does remain, the whole look when combined with the new four-point LED tail-lights is a little more contrived. 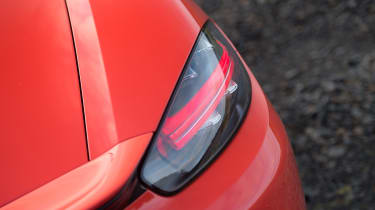