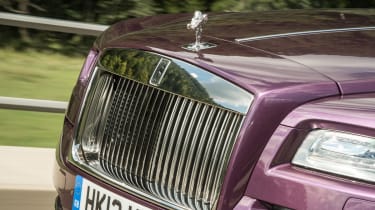 Rolls-Royce has announced plans to produce an SUV, in an ‘open letter’ from the company’s chairman and chief executive.

While the car isn’t referred to specifically as an SUV or 4x4, Rolls-Royce describes a vehicle ‘that can cross any terrain’, adding that the vehicle will be a ‘high-bodied car, with an all-new aluminium architecture’. The firm says the new vehicle will be ‘Effortless… Everywhere’.

Rumours have whirled for several years now that Britain’s most famous luxury brand would build an SUV.

Following similar plans from Bentley – the car now known as Bentayga – and the success of Rolls-Royce owner BMW’s own foray into SUVs and crossovers, an SUV model was almost inevitable at some stage.

In addition, growing sales in new markets like China, where high-rise vehicles are even more a status symbol than they are in existing markets, are sure to have cemented the company’s decision. 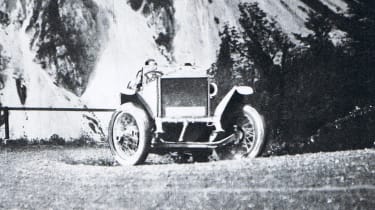 Chairman Peter Schwarzenbauer and chief executive Torsten Mueller-Oetvoes write that the new car will embody all the values and capabilities that drove Charles Rolls and Sir Henry Royce to enter their vehicles in long-distance events and reliability trials at the turn of the last century.

While no technical details have yet been revealed, Rolls-Royce says the car will ‘appropriately reflect the brand’s promise of effortless luxury’, meeting customers’ contemporary lifestyle expectations.

It's likely though that the new car will use some variation of the 6592cc, twin-turbocharged V12 currently used in models like the Wraith and the Ghost, while all-wheel drive is a certainty. Currently, all Rolls-Royce models are rear-wheel drive, though the BMW group is more than familiar with all-wheel drive powertrains from its X-badged models.