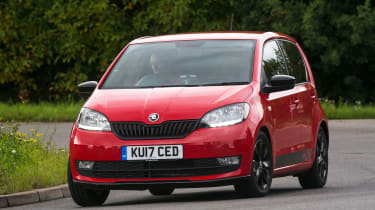 With no turbocharger to boot peak torque comes on stream at a high 3,000 rpm in both engine applications. However, peak power arrives at different crank speeds: at 5,000rpm in the 59bhp model and at 6,200rpm in 74bhp model. However, you don't notice the latter’s extra oomph unless you work it hard.

That said, the recent facelift has  lumbered the Citigo with ridiculously  long-gearing (of both transmissions). It’s clearly a move designed to improve official efficiency claims, but the changes make the car feel sluggish to respond, with second gear taking you past 60mph and third past 90mph. 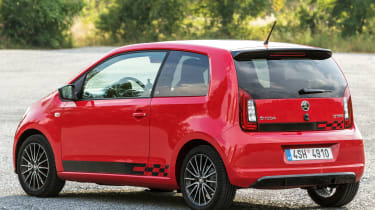 A shorter final drive would add a layer of involvement, forcing you to use more of the gears with greater frequency. That said, the shift is action is rubbery and notchy so you’re not missing out. Although changes can at least be dispatched quickly to avoid losing hard-gained momentum. Furthermore, the heavy flywheel sees the engine hang onto revs after an upshift which can make for jerky going.