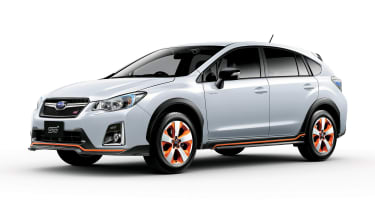 It’s easy to find high-performance hybrids if you look towards the top end of the market (think BMW i8s as a minimum, Porsche 918s and McLaren P1s as a maximum), but not so simple finding eco-friendly fun further down the food chain.

Since the Honda CR-Z disappeared, the concept of a sporty hybrid disappeared with it. Unless you live in Japan, where Subaru has just launched the XV Hybrid tS – a hybrid crossover tweaked by Subaru Technica International.

Best-known for hot Impreza models, STI has taken the standard XV – a crossover based on the Impreza hatchback sold in some markets – and upgraded it for a sportier drive.

Suspension has been the main focus: The XV Hybrid tS gets uprated springs and dampers front and rear, a strut tower brace at the front, and STI ‘draw stiffeners’ – components that link the suspension mounts with the centre rails under the chassis for improved rigidity. 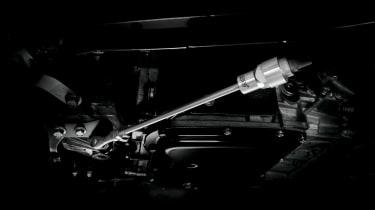 STI is also responsible for the deeper front bumper, but stops short of tweaking the XV Hybrid’s 2-litre boxer engine and hybrid system, which develop the standard 148bhp and 145lb ft of torque.

It does extend to visual tweaks though. You can’t fail to notice the orange details for instance – found on that STI front spoiler, the side skirts, the rear spoiler, the 17-inch alloy wheels, the STI badging front and rear, and throughout the interior.

The changes – in Subaru’s almost-certainly-directly-translated words, ‘serve to heighten driver anticipation and the joy of ownership’, while intriguingly the STI suspension parts are there to ‘offer a feel-good experience in all road conditions and better driving skills to everyone who drives it.’

Crikey. Either way, it’s good to see some effort being made to improve the lot of hybrids at a non-supercar level, though we suspect the market would be limited in Europe. In Japan, the car starts around 3.3 million Yen, equivalent to £24,500, and goes on sale in the autumn.