New Subaru Impreza to be revealed in New York

An all-new version of Subaru's core offering will debut in New York - but will it succeed where recent attempts have failed? 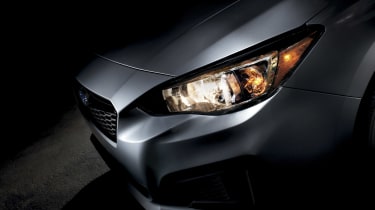 Subaru has announced that it will show an all-new Impreza at the New York International Auto Show, which opens later this month.

It will be the first of the brand’s ‘next-generation strategic vehicles’ to make its debut, with new underpinnings and a design based on the firm’s latest design language.

We’ve had a taste of that styling theme with recent concept vehicles, including the Subaru XV Concept revealed at the the 2016 Geneva motor show, Tokyo's Impreza 5-door concept and the Impreza Sedan Concept shown in Los Angeles late last year.

Just one teaser image of the new Impreza has been shown so far, and it’s clearelements of all three have found their way into the production car.

The image shows a front corner, with Subaru’s characteristic ‘hawk-eye’ headlight design – albeit in a toned-down guise from the striking C-shaped concept headlights – and sharp creases to the front bumper and bonnet. 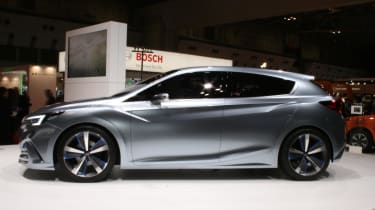 Body shapes haven’t been confirmed, but given America’s predisposition for saloon cars it’s likely the production model will be shown in this form first. A hatchback is likely to follow.

All three concepts featured prominent details to the front and rear arches, emphasising Subaru’s all-wheel drive setups, so that’s another feature likely to make production. As will another of Subaru’s traditions: A flat-four engine.

The new Impreza has a tough job to do, though. Once one of evo's favourite performance cars, more recent iterations – culminating with the WRX STi – have been disappointing, with Subaru failing to keep up with rivals such as the Volkswagen Golf R and now, the Ford Focus RS. Hot versions of the latest car don't just have to look better; they have to offer higher levels of quality and a more accomplished chassis, too.

The 2016 New York International Auto Show opens to press on March 23-24, and the public on March 25-April 3. evo will be reporting live from the show – keep up to date with all the latest news on our New York show hub page.