GTI’s all-electric future – What lies ahead for VW’s hot hatch? 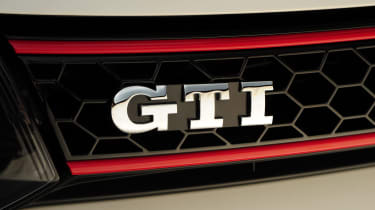 VW has revealed that it plans to expand its range of future electric vehicles to include sportier models. These performance-orientated cars will be part of the brand’s all-electric ‘ID’ line-up, but may carry VW’s legendary GTI badge. Until now the GTI badge has been synonymous with petrol-powered hot hatches. Other sporty Golfs, with either diesel or electric power, have been labelled GTD or GTE respectively. But the GTI concept as we know it looks set to change as VW moves towards electric drivetrains.

The ID range was launched at 2016’s Paris motor show with the ID Concept, a Golf-sized hatchback with an all-electric drivetrain and autonomous driving capabilities. VW declared the ID Concept’s aesthetics would set the style for its future electric cars. This year another electric concept was revealed in the form of the ID Buzz, an electric people carrier with more than a hint of VW’s old camper van about it. Both of these ID concepts are expected to make production by 2020. 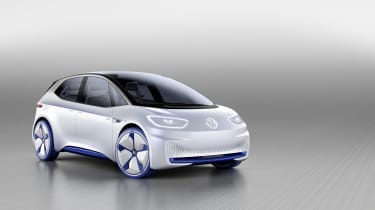 The ID range will continue to expand, eventually including the aforementioned sportier models. When speaking to evo’s sister magazine, Auto Express, Jürgen Stackmann, head of sales and marketing at Volkswagen, said: ‘I think the formula of GTI will change – it will not be the same formula that took us here. But to have an exhilarating, fun-to-own, fun-to-drive car.’

The GTI badge first appeared in 1974 on the Mk1 Golf and has been around ever since. Some of VW’s most accomplished drivers’ cars have been GTIs and the badge brings with it an almost unrivalled reputation for combining fun with everyday usability.

> Click here to read our review of the Volkswagen Golf GTI

The latest car to be adorned with the famous three letters is one of VW’s greatest, the Golf GTI Clubsport S. It’s a car that oozes quality and impressed us so much it came second in our 2016 Car of the Year test, finishing ahead of the McLaren 570S, Lamborghini Huracán LP580-2 and BMW M4 GTS. 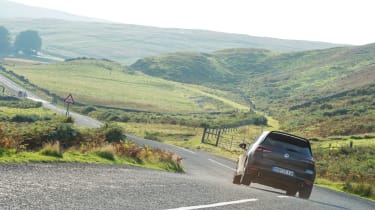 VW believes it can replicate the typical GTI attributes with an electric car, and that could even result in a four-wheel-drive GTI. Christian Senger, Volkswagen’s vice president of product line, also speaking to Auto Express, said: ‘We can start with a rational approach, the car performing quite well every day. But then we can scale up. More range, more acceleration, more charging points for the money and maybe also four-wheel drive.’

We expect the ID range to grow to the extent that it will mirror VW’s current line-up of petrol and diesel cars. That will mean SUVs and crossovers, but also an electric coupe to match the Scirocco.