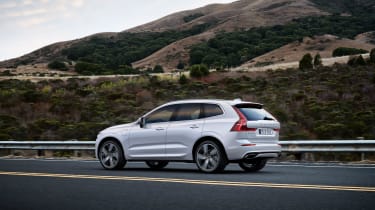 Volvo’s own performance division, Polestar, has worked its magic on the hybrid XC60 T8. The turbocharged and supercharged 2-litre found in the hot SUV works with an electric motor to give the Polestar tuned XC60 T8 a combined output of 415bhp. That’s 14bhp more than the non-Polestar T8, and 21bhp more than Porsche’s Macan Turbo.

The maximum output figures might not be vastly more than standard, but Polestar has worked to improve the engine’s mid-range performance so that its performance is more usable rather than creating headlines. Still, 415bhp is an impressive result.

The Swedish performance outfit has used the experience it has gained through racing Volvos with its partner Cyan Racing to inform the upgrades to the XC60 T8. Polestar recently proved that using information gained from its racing division really works; the S60 Polestar broke the four-door Nordschleife lap record.

Polestar hasn’t only spent its time focusing on improving the engine’s performance, the eight-speed automatic gearbox has received some attention too. The shift times have been improved and the auto-mode has been recalibrated to suit the engine’s stronger mid-range. Polestar has also tuned the gearbox to hold onto gears during hard cornering so as not to unsettle the car.

The company has also aimed to maintain some of the XC60’s economic traits. Its official combined fuel consumption figure is a startling 134.5mpg and its electric motor is capable of propelling the T8 Polestar for 30 miles without needing the petrol motor. 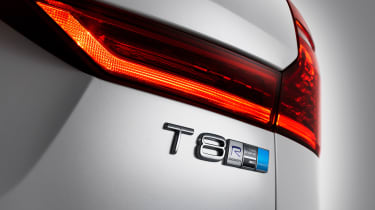 As promising as Volvo having a performance SUV that can rival the Porsche Macan in its arsenal is, we can’t help but get excited by the thought of this Polestar drivetrain finding its way into a car more suited to becoming a performance car - given the XC60 shares the same platform as Volvo’s S90 and V90, we're hoping the handsome saloon and estate will get the Polestar T8 drivetrain soon. With 415bhp and all-wheel drive, an S90 would be a real contender against the Mercedes-AMG E43.

The reveal of the tweaked XC60 T8 comes shortly after Polestar announced that it will no longer just make hot versions of Volvo’s road cars, but it will diversify into making its own hybrid and electric sports cars too. Polestar’s ambitions are to become what AMG is to Mercedes.