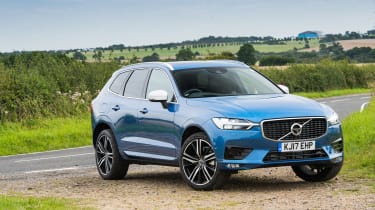 The Volvo XC60 has been a common site in the Waitrose car park for a while now, the second generation of which has been on sale since 2017. Building on the original’s fine balance of versatility with a whiff of Swedish design flair, the current XC60 has found plenty of favour with buyers, being Volvo’s top seller, and matching its German rivals on the sales chart – quite a feat for what used to be considered a niche, non-premium manufacturer.

Having now had a couple of years to bed itself into the market, Volvo’s full selection of engine and trim options are available, ranging from an entry-level front-wheel-drive diesel version for a tad under £39,000 right up to a new Polestar Engineered T8 Twin-Engine that can crack £70,000, which I’m sure you’ll agree is a large sum for a mid-sized SUV with any badge attached to its nose.

So, with over £30k between the top and bottom of the range, and a wide variety of powertrains and specifications to choose from (albeit all still utilising the same basic 2-litre four-cylinder engine architecture), is there a sweet spot, and does the XC60’s sportier iterations finally have some driving verve to match more dynamic rivals such as the Porsche Macan or BMW X3? 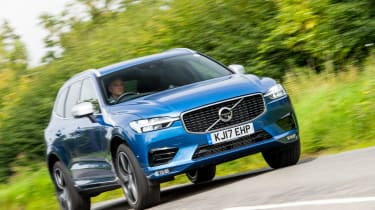 The XC60 comes with a vast variety of engine and trim levels that make up the range. Most easily divisible from a pricing perspective via powertrain options, the XC60 is made up of D4, B4, B5, T5, T6 and T8 powertrains. These are then split into Momentum, R-Design and Inscription trim levels. Where it used to be as simple as D equals diesel and T equals petrol, we now also have B, which represents the inclusion of a mild-hybrid system with either petrol or diesel engines. Get it?

We’ll delve into more detail below, but for the moment, an entry-level front-wheel-drive D4 Momentum is the most affordable entry point into XC60 ownership from £38,715. At this level, the XC60 gets 18-inch wheels, all the usual digital interior interfaces, LED headlights, seating trim that does a pretty good impression of real leather (it’s not) and all of Volvo’s impressive passive safety inclusions.

Next up on the pricing spectrum is the R-Design, which adds the usual ‘sporty’ exterior styling, larger wheels, a different (ie. less comfortable) suspension tune, half (real) leather and textile sports seats and a different interior trim. R-Design models also unlock further engine variants including high-specification T6 and the plug-in hybrid T8 models. Next up is Inscription, which changes the exterior styling (again), adds diamond-cut wheels, Nappa leather seats and an upholstered dash and console. Within each of these specifications are equivalent ‘Pro’ packages, both of which give a generous bump in equipment including yet larger wheel sizes, active LED headlights and adaptive air suspension.

Two plug-in hybrid variants are now available, with the T8 Inscription starting at £56,955, and the new Polestar Engineered T8 model, complete with Brembo brakes, Öhlins dampers and 21-inch wheels at £64,495, only a few thousand less than a Porsche Macan Turbo.

A popular point in the range will likely be the B4 AWD in R-Design trim (£43,235), which compares reasonably in terms of price, power and equipment with rivals. BMW’s X3 20d M Sport has a similar level of equipment, a slightly lower power figure and much the same interior space for £44,015. The recently updated Mercedes GLC220d AMG-Line is slightly less up front at £40,295, but then will need one of Merc’s Premium Packages to match the level of equipment found in the Volvo and BMW. The Audi Q5, Alfa Romeo Stelvio, Land Rover Discovery Sport, Jaguar F-Pace, Porsche Macan, Lexus NX (I needn’t go on) all offer slight variations on the same theme, whether they be diesel, hybrid or petrol. 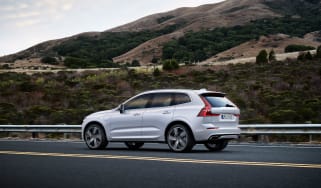 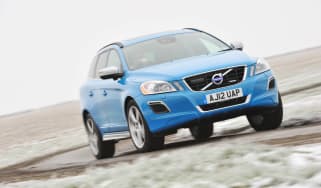 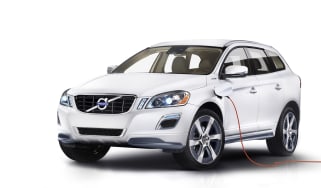 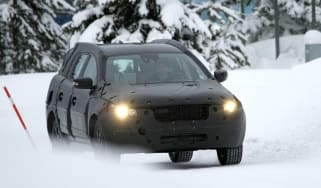