All the usual Macan virtues, but no longer the best performance SUV to drive 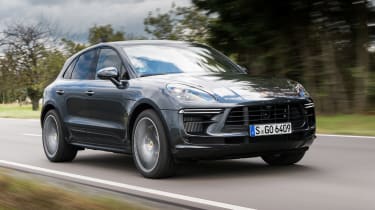 Such is the hype over the new 911 and the recent introduction of the Taycan, it’s easy to forget that Porsche’s bread and butter is actually SUVs, with the Macan making up a significant proportion of the total tally.

While diesel power is no longer on the menu, high-performance versions certainly are, and the new Macan Turbo is the latest, featuring a new engine and the same styling upgrades enjoyed by the rest of the Macan range when it was refreshed last year. It’s been one of the most engaging SUVs to drive since its launch in 2014, so how does the latest Macan Turbo fare?

Gone is the old 3.6-litre turbocharged V6, and in its place a new 2.9-litre twin-turbo unit sits. Well, relatively new at least – we’ve already seen the sub-3-litre hot-vee unit (with both turbos nestled between the cylinder heads) in the Cayenne and Panamera, and you’ll also recognise it from the Audi range, where it appears in the RS5, among others.

In this iteration it develops 434bhp, a little less than in the RS5 but a useful 39bhp more than the old Macan Turbo, while maximum torque of 406lb ft is developed between 1800 and 5600rpm. A seven-speed PDK transmission is standard, sending power through a Porsche Traction Management all-wheel-drive set-up. 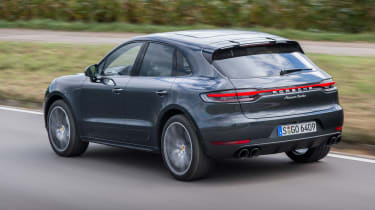 Engine aside, the other major technical introduction to the Macan Turbo is the standard fitment of Porsche Surface Coated Brakes, which feature a tungsten carbide coating on the cast-iron discs that Porsche says reduces wear, increases friction, yet reduces brake dust by 90 per cent. Porsche has also altered the pedal mechanism in the Macan to improve feel.

Even if you’re less than enthralled by SUVs it’s difficult not to be taken in by the Macan on first acquaintance. It’s among the better looking of the breed on the outside, and its cabin strikes a fine balance between feeling like a modern Porsche sports car and giving you the raised driving position and more relaxed posture that attracts so many to SUVs in the first place.

Rolling out into traffic the Macan does more things right. The ride is pliant, visibility is good, the control weights feel natural – heavier than many, but appropriate for a Porsche – and the combination of 2.9 V6 and PDK is smooth, with enough response underfoot to hint at the Turbo’s power.

Strange, then, that this sensation doesn’t immediately continue as you begin to use more of the Turbo’s reserves, at least in Comfort mode. Throttle response is fairly languid, particularly at low revs, and long, drawn-out gearing makes something of a mockery of the need to have so many gears in the first place. It’s like having a box full of overdrives. 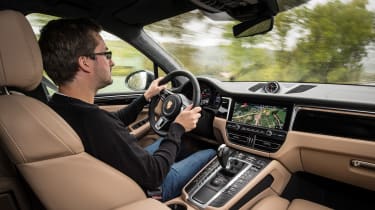 That, and a 1945kg kerb weight, serve to blunt the usable performance of what, by anyone’s standards, is an objectively quick car. Opt for Sport or Sport+, select gears manually and ignore the top four ratios, use the full 7000rpm on offer, and the Turbo will hustle like few other SUVs – but you could go quicker with less effort in a considerably less powerful Golf R.

If the engine lets the side down – and with a fairly tuneless V6 note, it’s no vocalist either – then the chassis goes some way to making up for things. It’s much better at masking the near two-ton kerb weight than the engine is, gripping hard, offering feedback through the wheel and the seat of your pants, while remaining unfazed by poor surfaces.

It can’t truly disguise the mass though. You feel the weight most under braking, while the nose will push wide through tight corners, the all-wheel drive offering strong traction but not resolutely pulling from the front rather than pushing from the rear. A four-wheel-steered Cayenne, despite being heavier still, now feels more agile. And while it’s got the capability to dispatch a twisty road at a rapid pace, for driving fun the hot SUV game has moved on.

Macan Turbo pricing begins at £68,530, topping a range that starts with the £46,913 entry-level 2-litre Macan and goes via the £49,300 Macan S with its 3-litre V6. That puts the Turbo in the same ballpark as the £70,900 Alfa Romeo Stelvio Quadrifoglio, slightly below the £77,190 BMW X3 M Competition, and right in the middle between Mercedes-AMG’s GLC 43 and 63, with its performance figures also falling between the Affalterbach pair’s.

The comparison with the German rivals is almost academic though, as the Stelvio is currently our pick of the performance SUV market. Usefully lighter yet offering more power, what it lacks next to the Macan’s bank-vault integrity it more than makes up for in performance, sense of occasion and fun. 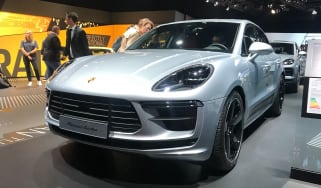