For less than the price of a new Porsche 911, you could have a dozen cylinders at your disposal 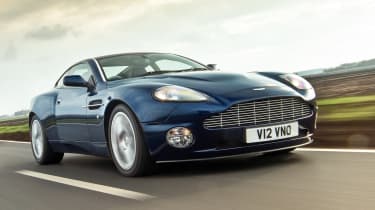 The combustion engine in its entirety is under threat, with the onslaught of electrification and crack-down on CO2 emissions putting even unassuming models such as the Suzuki Jimny under pressure. It should come as no surprise, then, that the V12 is becoming less common by the day.

Very few manufacturers still produce a V12, with only Aston Martin, Ferrari, Lamborghini, Mercedes-Benz and Rolls-Royce persisting, though even they are building them in much lower numbers than previously.

Thankfully, the classifieds are awash with relatively affordable V12 machines, so we’ve run down the very best models on the market. It goes without saying that a cheap V12-equipped car isn’t a particularly wise way to spend your hard-earned cash, with such cars coming at a low price largely due to their wallet-draining abilities. This, however, is evo, and who can’t get excited about the prospect of owning a V12? 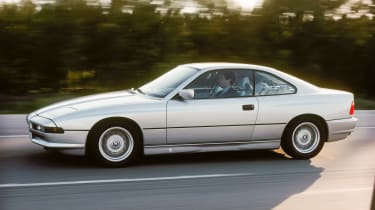 BMW recently revived the 8-series name following its near two-decade hiatus from the marque’s line-up. The new model may take aim at the likes of Aston Martin’s V12-powered DB11, but Munich’s offering falls four cylinders short, with only a V8 on offer at the top of the range.

Take a step back to the ’90s and it’s a different story, with the glorious E31 8-series coming with a naturally aspirated 5.5-litre V12 in 850Ci form, producing 375bhp and 405lb ft of torque for a 6.0sec 0-62mph sprint and 155mph top speed. Though many considered it to be one of the best looking BMWs ever made, it doesn’t come without its fair share of issues, with forums reporting poor reliability over its V8 counterpart.

> 2019 BMW M8 Competition review - has BMW beaten Aston Martin at its own game? 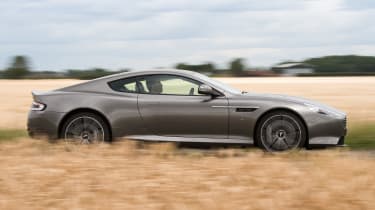 James Bond fan or not, you’ll struggle to deny the appeal of an Aston Martin. Though it has offered a handful of V8s during its time, the Gaydon brand is renowned for its twelve-cylinder power plants, and that’s just what the DB9 comes with.

A naturally aspirated unit as opposed to today’s AMG-derived boosted kind, the DB9 boasts a 5.9-litre V12, producing between 450bhp and 540bhp depending on the car’s spec, good for a 0-62mph time of around 4.7sec and a top speed of 186mph.

Reliability is significantly better than earlier Aston Martins such as the DB7, but electrical glitches aren’t unheard of... 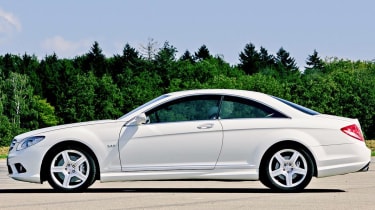 Engines are understressed, though there are reports of issues with the cylinder deactivation system. While aluminium and composite body panels mean they don’t rust like other Mercedes of the era, some do still suffer from aluminium corrosion.

What we said: 'Bury the throttle and the note picks up some bass – but you won't notice that because you'll be slammed hard into the backrest.' (evo 049) 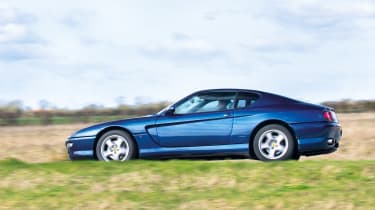 This 1990s Ferrari GT is among the most affordable Prancing Horse V12s, 400-series excepted. If you can fork out £65k, you can even get the more desirable 612 that succeeded it.

Despite stereotypes, these aren’t awfully unreliable, with engines understressed (especially as 456 owners are likely to be less exuberant than owners of the mid-engined V8 cars), though minor oil leaks from the cam cover aren’t unheard of. You’ll still want a specialist at hand when you buy and a full Ferrari service history would be wise, but V12 Ferraris don’t get much more useable.

There was a time when early Vanquishes could be had for £30k – indeed, we wrote about such a price in our Aston Martin buying guide. Since then, however, the latest Vanquish model has seen prices slowly rise, and now just shy of £70k is a more realistic starting point.

What does your money buy you? A beautiful, brutish chunk of Aston Martin history, which has subsequently influenced the styling of almost every Aston since. Early cars feature a recalcitrant automated manual gearbox, but Aston Martin Works offers manual conversions – for a price. Coil packs may need attention and front subframes can rust. Surprisingly, the second-generation car can be had for even less than the first, with prices starting from £67k. 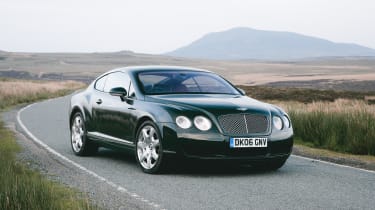 No, the Continental GT isn’t a V12, it’s a W12. But that’s still the correct number of cylinders and the model’s popularity means you can buy used with extreme prejudice. GTs start from as little as £13,000 now but realistically you’ll want to spend at least £30,000 to get a model in fair condition.

The 6-litre engine produces 552bhp at 6100rpm and 479lb ft of torque. Combined with standard all-wheel drive, and despite the 2350kg kerb weight, it serves up huge performance. The engine, once again, is reliable, but servicing is expensive because major work is an engine-out job. The Bentley’s bulk also means Conti GTs are hard on brakes and suspension. 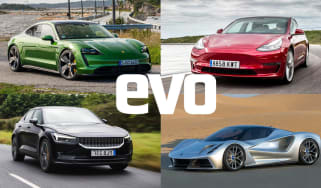