Aston Martin has announced its strategy to get back up and running, starting with executive-level pay cuts and restarting production of its DBX SUV 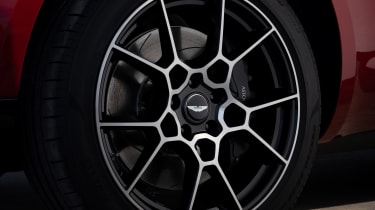 Aston Martin has announced it will recommence production at its St Athan facility in Wales on 5 May, following advice given by health officials and trade unions. The news comes after a tumultuous few months of financial uncertainty, compounded by the Covid-19 pandemic. Alongside the restart, the marque has also announced a series of pay cuts to senior management.

In order to reopen, Aston Martin Lagonda has implemented a series of new health and safety protocols in line with advice given by Public Health Wales and England to ensure the safety of its workers. It’s also been in correspondence with suppliers to ensure a smooth transition back to production. Aston Martin’s Gaydon factory will not reopen until a later date, but is due to follow the same protocols in its transition. Bentley has also announced a recommencement of operations from 11 May at its Crewe manufacturing base.

Alongside the restart, Aston Martin Lagonda has also announced a series of pay cuts for senior leadership, with non-executive directors and the chief executive officer accepting a 35 per cent reduction in pay, while CEO Andy Palmer will also not be participating in Aston’s bonus scheme in the 2020 financial year. In addition to this, vice presidents will be asked to waive 20 per cent of their base salary, with other senior management taking between a five and ten per cent cut. Recently placed executive chairman Lawrence Stroll has also elected to receive a salary of £1 per annum.

The restart news comes after Aston Martin opened an £81million credit line after warning it will not be able to sustain its future spending plan over the next 12 months. This was in addition to a £405million package, backed by Stroll, which was announced only weeks ago to help keep Aston Martin afloat after a devastating drop in its share price. This latest cash injection will help insulate Aston from any short-term cash flow issues leading up to the release of its most important new model in a generation. 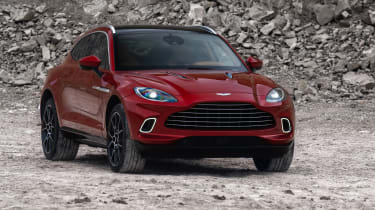 The key to Aston Martin’s financial turnaround is the imminent delivery of its DBX SUV, explaining why the St Athan facility’s reopening has been prioritised. The new model already has over 2000 orders on the books, which will inject much-needed cash into the company, helping to pay back its fast-growing debts. By reopening the DBX’s facility early, Aston Martin is hoping to sustain these pre-orders and hit the summer 2020 deadline for first customer deliveries.

The news comes after months of speculation that included Geely, the Chinese owner of Volvo and Lotus, as a potential investor or buyer for the Gaydon-based firm.

Following Stroll’s investment, Aston Martin will raise a total £536million of investment via a new share issue in April and a brand rights agreement. This will see the billionaire’s stake in Aston Martin increase to 20 per cent.

While Aston Martin’s Second Century Plan will continue, Stroll and Palmer have made some adjustments to the new product timings. The Valkyrie hypercar remains untouched, with the first customer cars expected to be revealed at the end of 2020. However, the new range of mid-engined supercars, which include the Valhalla and new Vanquish, now won’t appear until 2022 (a 12- to 18-month delay). Aston Martin is developing its own six-cylinder hybrid powertrains for these mid-engined models, and it’s rumoured that a major OEM is also interested in a supply contract for these, which will further boost Aston’s standing should it come to fruition.

It is Aston Martin's electrification programme that takes the biggest hit following this new investment. With the Rapide E already cancelled, the all-electric Lagonda brand will now appear at least three years later than previously planned, with Aston confirming the first car won’t arrive until after 2025.

Away from the road cars, Lawrence Stroll will also reshape Aston Martin’s involvement in Formula 1. With the company’s sponsorship deal with Red Bull coming to an end when the 2020 season finishes, Stroll and Palmer have agreed to renaming Stroll’s Racing Point F1 team as the official Aston Martin Formula 1 team. Stroll bought Racing Point in 2018 when Force India went into meltdown.

Despite this new investment, Aston Martin will still be expected to save costs, with £10million of savings earmarked per year, which is expected to have an impact on recruitment and existing roles within the business.